The origins of ‘Spring Fling’ dates back to 2009 when we (9 employees) decided to take a ‘left turn,’ or in other words, do something different as a team instead of our usual 4-hour Friday lunch at Habana. When this ‘left turn’ opportunity presented itself, the idea was pitched to the team, and we were all in. To better understand the excitement and anticipation the Sovereign 9 was experiencing, we have to go back in time 12 months prior to this opportunity.  We were approached by a Hollywood advance team to scope out locations for an upcoming movie.  The only information that we had was that it was a Mike Judge (Office Space) comedy based around a flavor company.  Perfect!  We are a funny group of people and we are in the flavor business so we figured we were a shoe-in! This could be the big break we needed!  A date was set and the Hollywood advance team (1 person) came down for a tour, took quite a few pictures and then rode off into the sunset.  Days turned into weeks and weeks turned in months and we realized that Mike Judge probably found another location.  Soon after, we learned that the movie was made. The name of the movie was Extract and it was starring, Jason Bateman, Ben Affleck and Mila Kunis.  Extract opened on September 4, 2009 and this is what triggered that ‘left turn.’  The Sovereign 9 took the opportunity; a quick lunch at Pei Wei fast food, an afternoon matinee in the back row, and hand-crafted cocktails that we made in the lab.

While these team building outings took a hiatus for a few years, the ‘left turn’ concept started to gather some steam as more employees joined the company.  We decided to coordinate these team building events around our June/July annual reviews and compensation increases. For the first few years, we would go bowling and have a few pitchers of beer to celebrate as team. After three years of bowling, it was time to dial it up. And that is what we did.  In 2015, we hiked to Crystal Cove and had margaritas at the world famous Javiers. The following year we went deep sea fishing out of Newport and fried up the Sculpin we caught for the best Fish Tacos ever!

Remember that during this time-period we would be setting personal goals for the company.  Well, the same was for the party planning committee that was soon formed—they were setting goals to make this annual outing more outrageous than the last.  At this point, the annual outing was given the moniker ’Spring Fling’ even though the event rarely took place in the Spring. To keep everyone on the edge of their seats, employees would only be given the date and duration of the Spring Fling, but no other details until the day of.

Spring Fling 2017: the team reported to Sovereign at 6:00 am, boarded the party bus and headed north 175 miles to Los Olivos. Our first stop was Beckman Vineyards for a tour, tasting and lunch.  We then relaxed at the Chumash Casino where the team enjoyed a day at the pool and casino before stopping for dinner at the Hitching Post for one of the best steaks that can be found on the central coast. The party continued on the bus as we headed back to SF headquarters with arrival time sometime after midnight.

For Spring Fling 2018, we surprised each employee with breakfast burritos and custom t-shirts recapping every Spring Fling from the years prior. 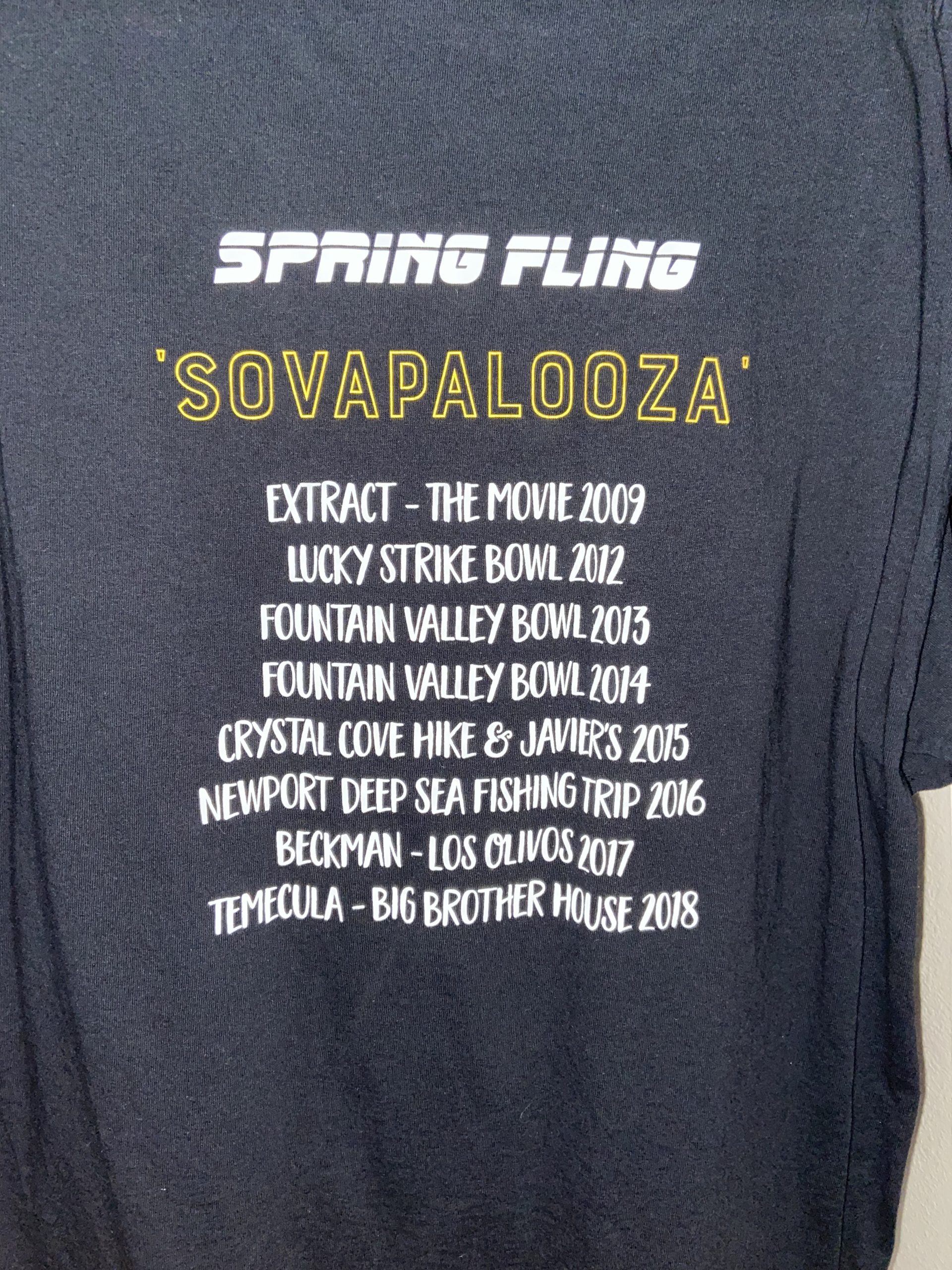 On full bellies, we hopped on the party bus which took us to Temecula wine country where we spent the morning at Wilson Creek Winery for a tasting, tour, lunch and games.  Next, we headed over to Jack Klugman’s (Odd Couple) 28 acre Temecula Compound.  At the compound, the team was divided up into groups to prepare the food and beverages for the rest of the day.  The team bonded by working together, all while being creative and having fun. Our cocktail team set up in the pool house with custom cocktails; made with our flavors, of course! They served a refreshing Gin-Limoncello with grilled thyme and lime juice and a spicy margarita with Ancho Reyes Liqueur, pineapple and citrus. The appetizer/side-dish team whipped up a charcuterie board with a variety of meats and cheeses; marble potatoes topped with crème fraiche, gravlax and caviar; endive boats and pasta salad.  The entree team prepped lobster, NY steaks, and BBQ asparagus. Our dessert group prepared delicious strawberries filled with homemade whipped cream, pandan coconut jell-o and tequila cupcakes.  We learned that our VP of R&D, Steve, could frost a cupcake better than anyone else in the company! As after dinner entertainment, we had our not ready for prime-time players that entertained well into the evening.

Spring Fling 2019, started similar to the year before with breakfast burritos and a new Spring Fling T-shirt, hopping on a party bus down to Oceanside. Our morning activity featured an escape room where the employees were divided up into 4 groups and sent into either the “Charlie and the Chocolate Factory” themed room or the “Prohibition-ransom” themed room. Almost all of the groups managed to escape just in the nick of time! After the escape room, we retreated to a beach house for the afternoon. We brought in two professional masseuses for the day as the team relaxed beach side.  Of course, the food was amazing as we featured local Cardiff Crack and 1942 Don Julio. 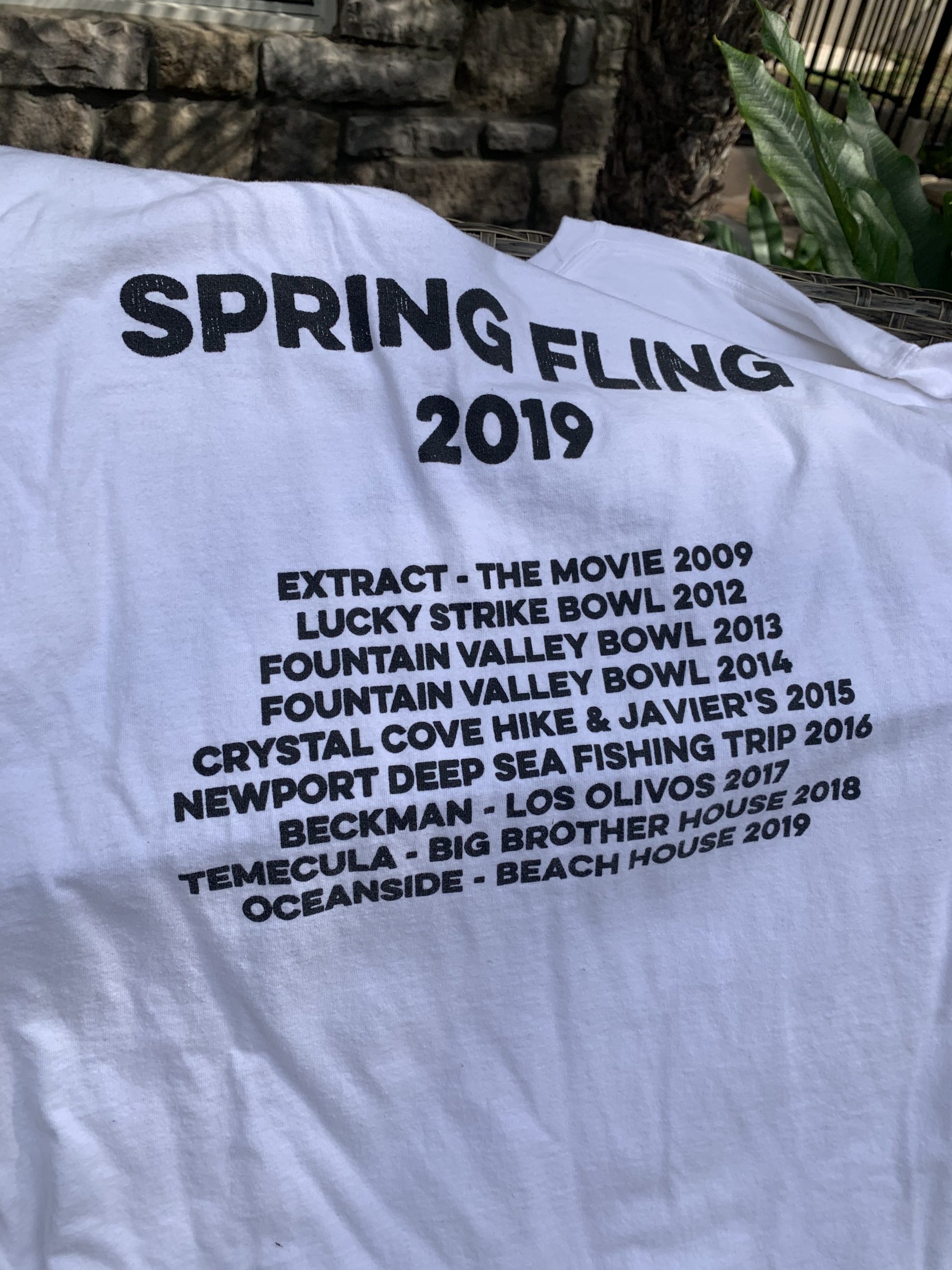 Finally, after 24 months of anticipation, Spring Fling 2021 finally arrived—Sovereign Flavors Day at the Races—Santa Anita. The team spent the day in the 100-1 Club and were pampered with food and beverage from the great staff at Santa Anita.  One of the highlights of the day was the 4th race, which was named “Sovereign Flavors Day at the Races.”  For this race, our entire group was escorted to the paddock to check out the horses before the race and then we got to watch the race from the box on the track.  For the same race, Four of the SF OG were invited to the winners circle for a picture with the winning horse! Other highlights included quite a few members of the team hitting exactas throughout the day.  Last stop was a sit down dinner at the Derby Restaurant before we all said our goodbyes.

Spring Fling is a day designed around putting aside work and all our successes for 24 hours and spending time with our colleagues. There was no discussions about business as the emphasis was to reconnect with other team members that are now working in different buildings and then meet new people that just joined the team. It is designed as a day to live in the moment, experience the joy of the day with lots of laughter, reminiscing and comradery. 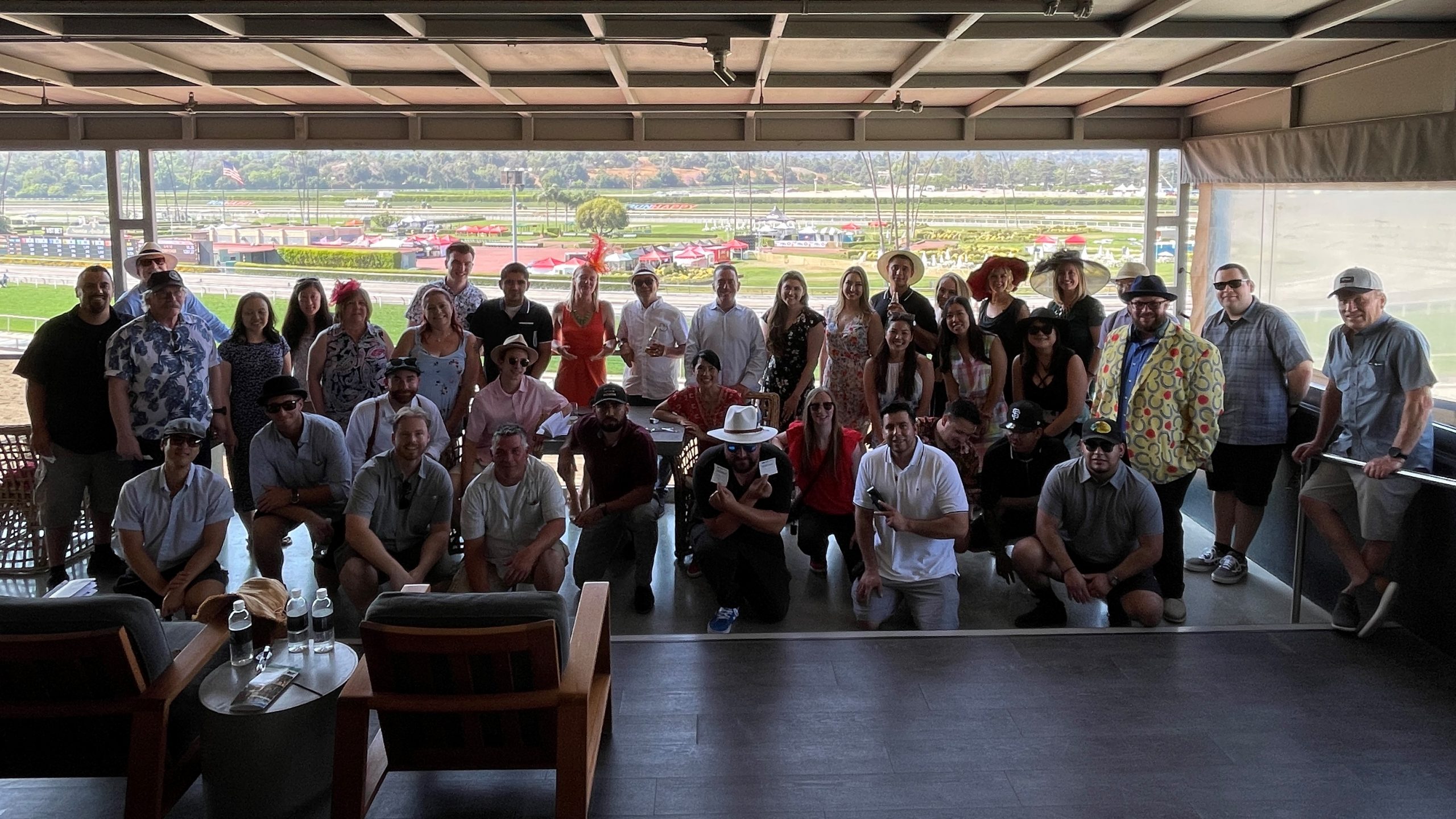 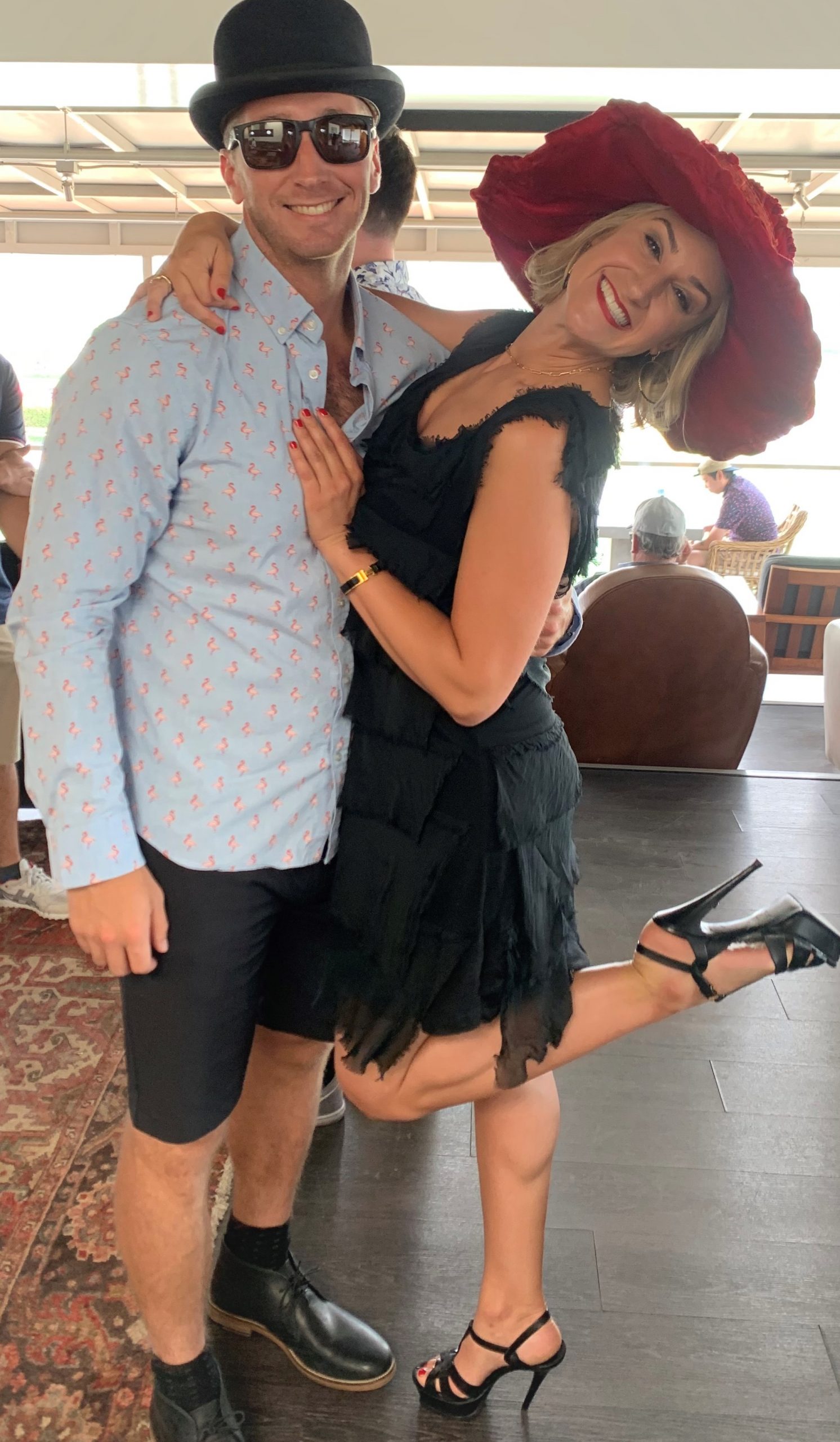 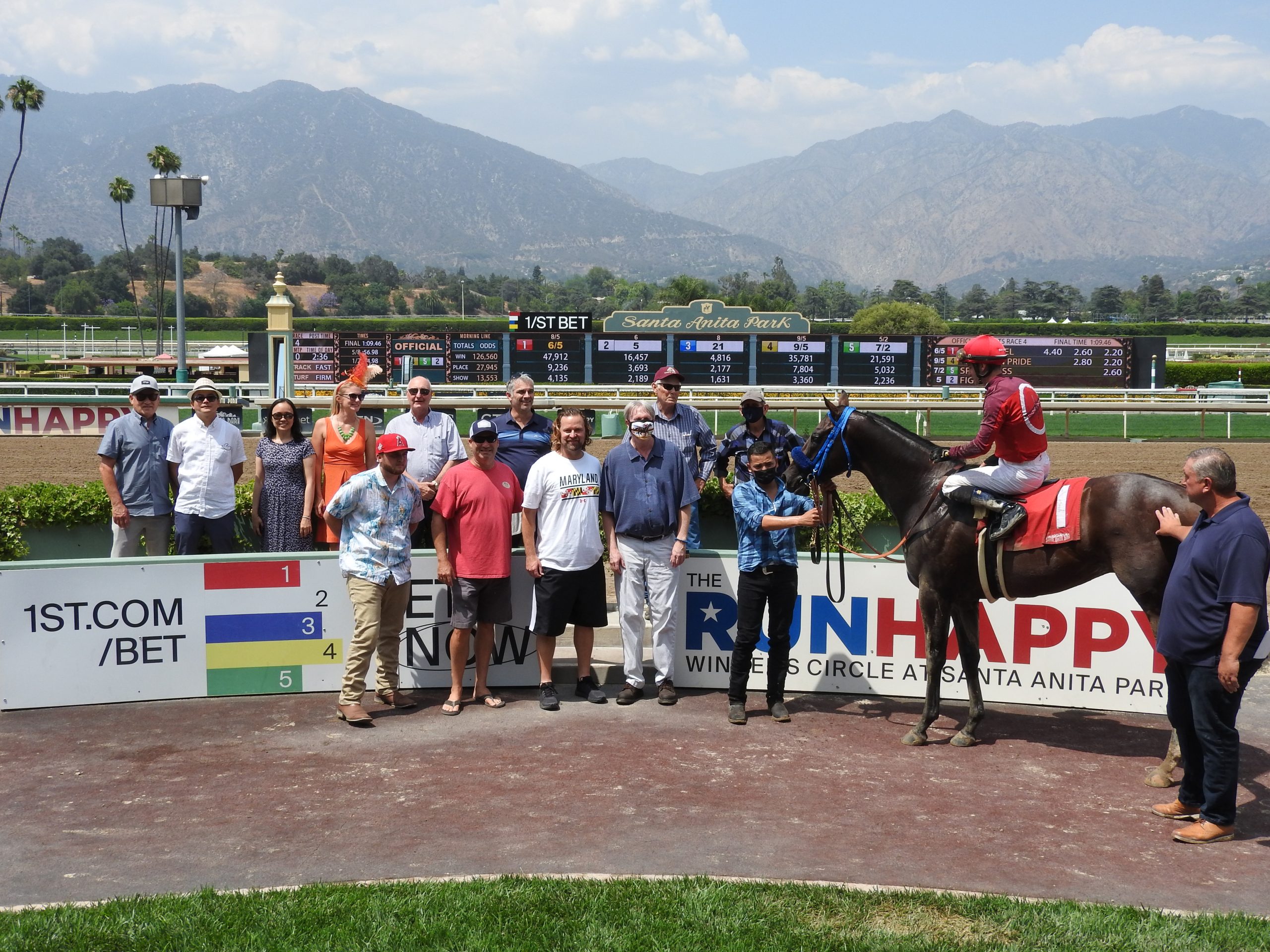 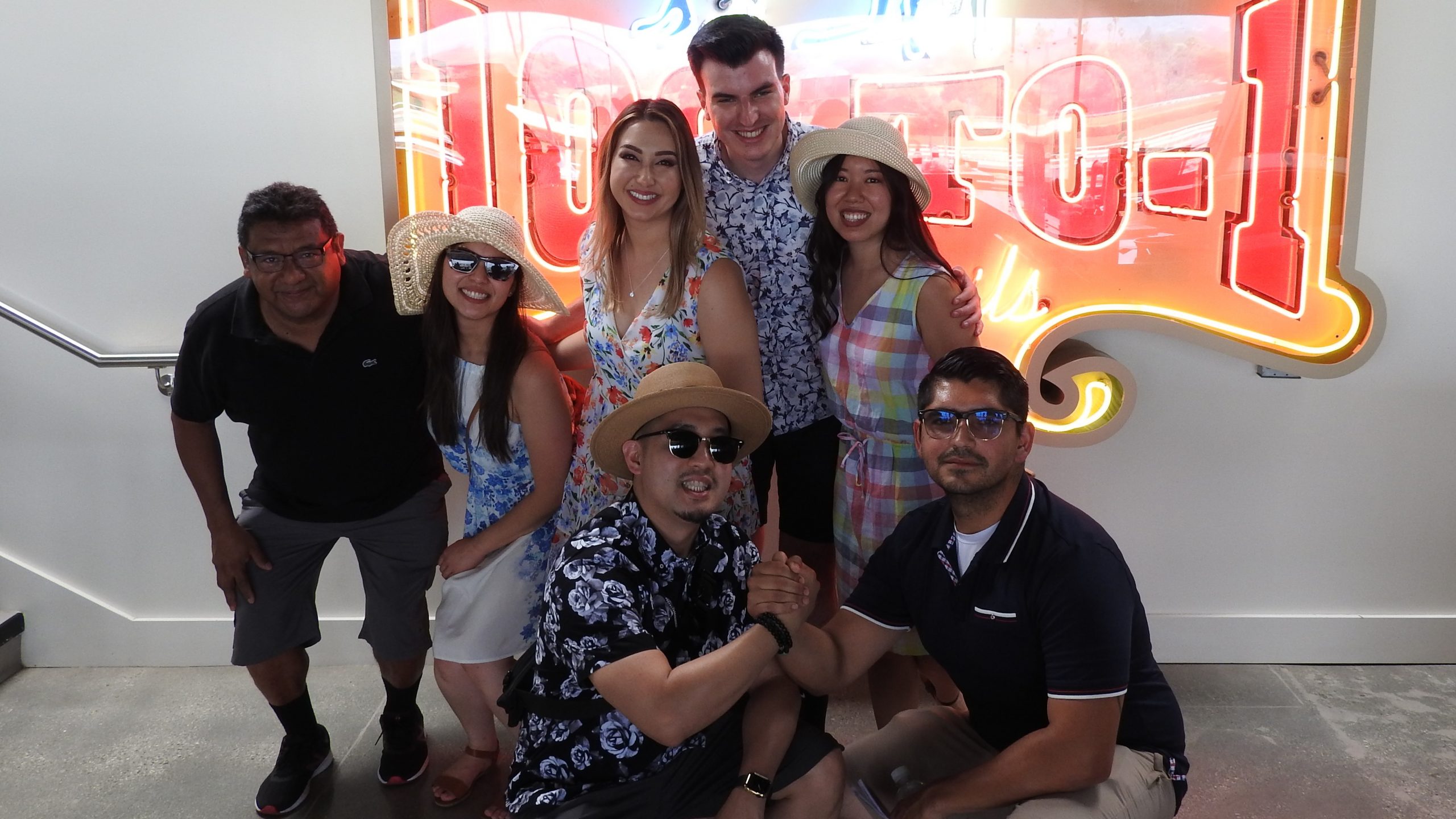 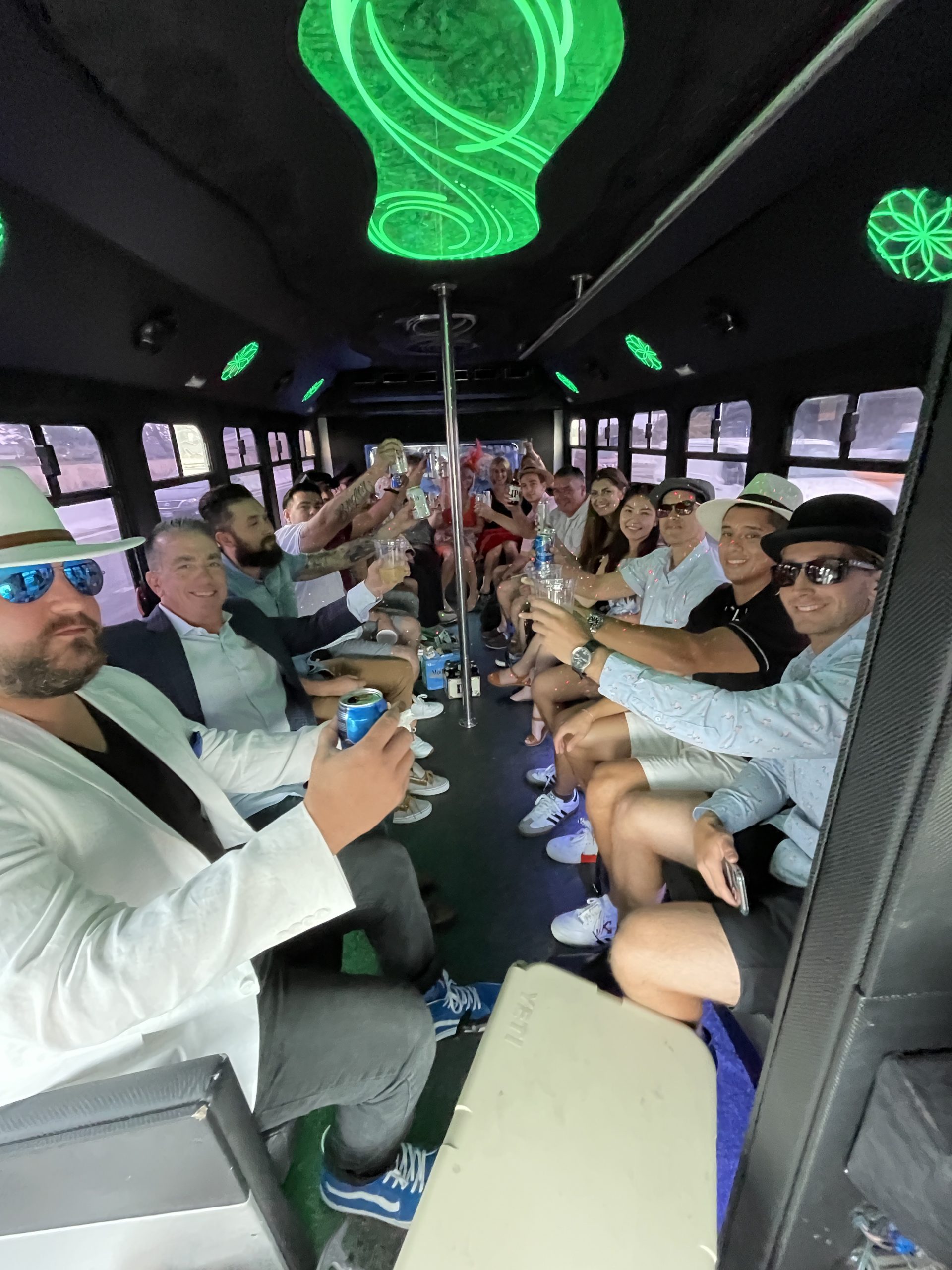 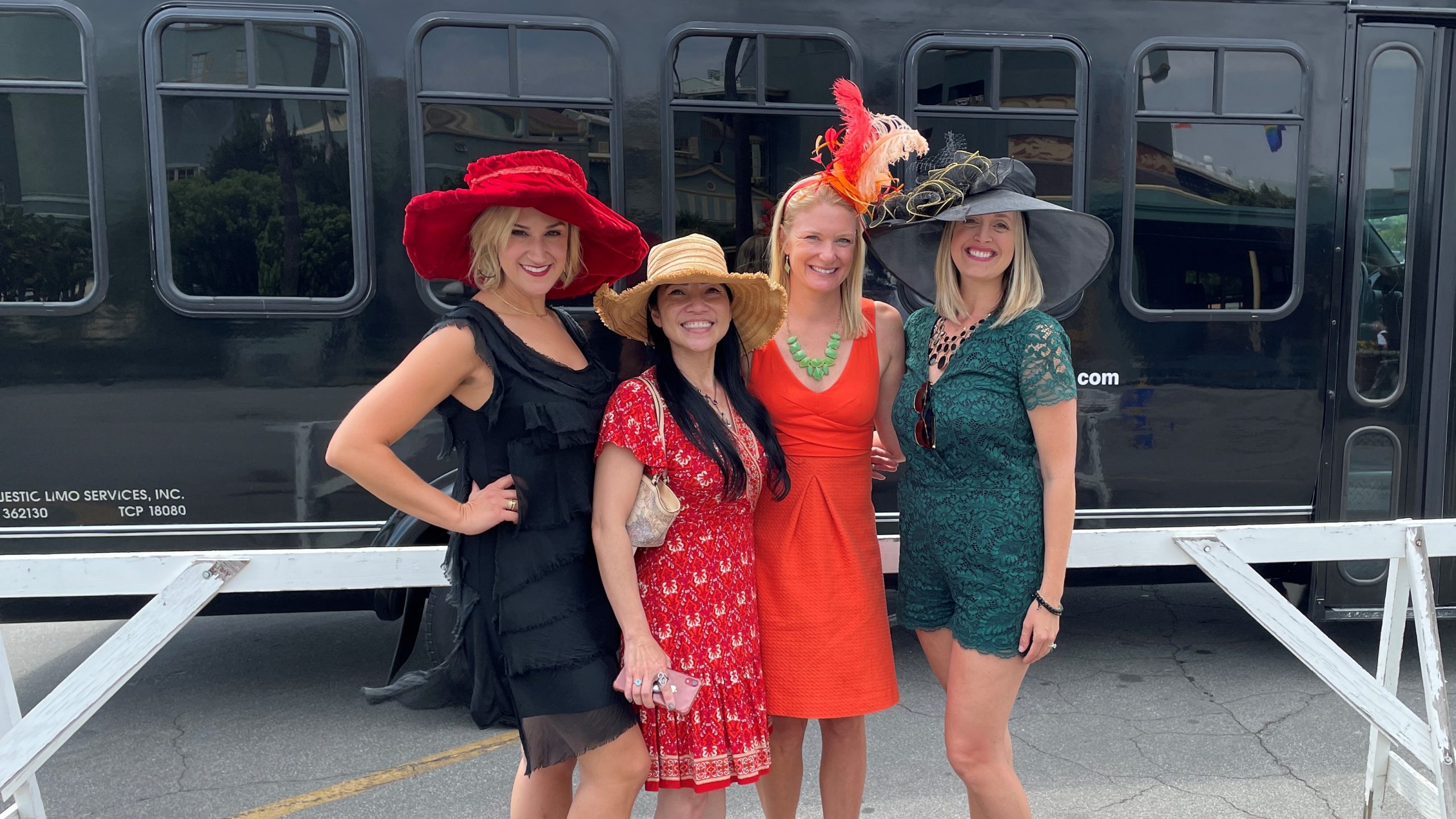 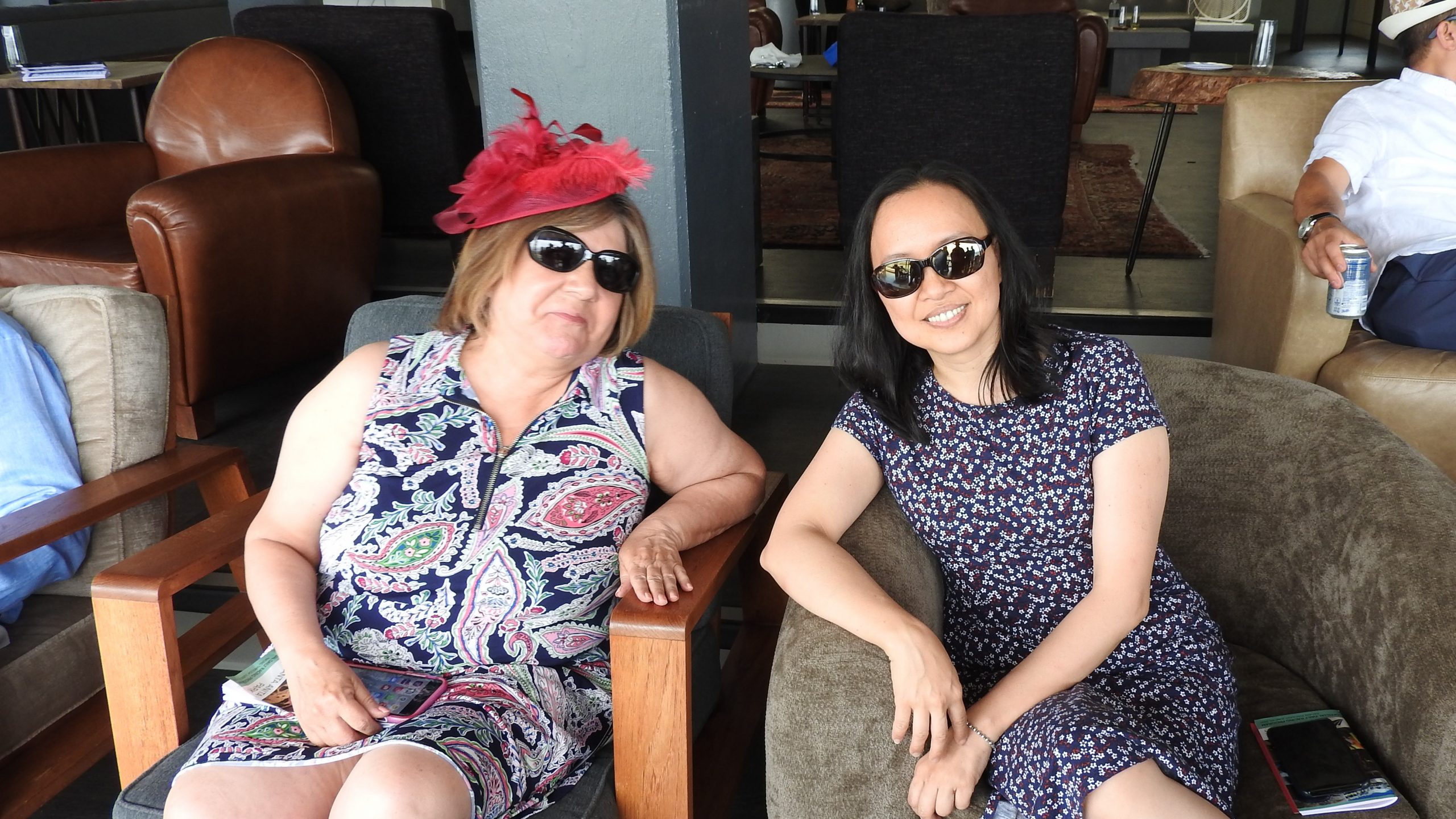 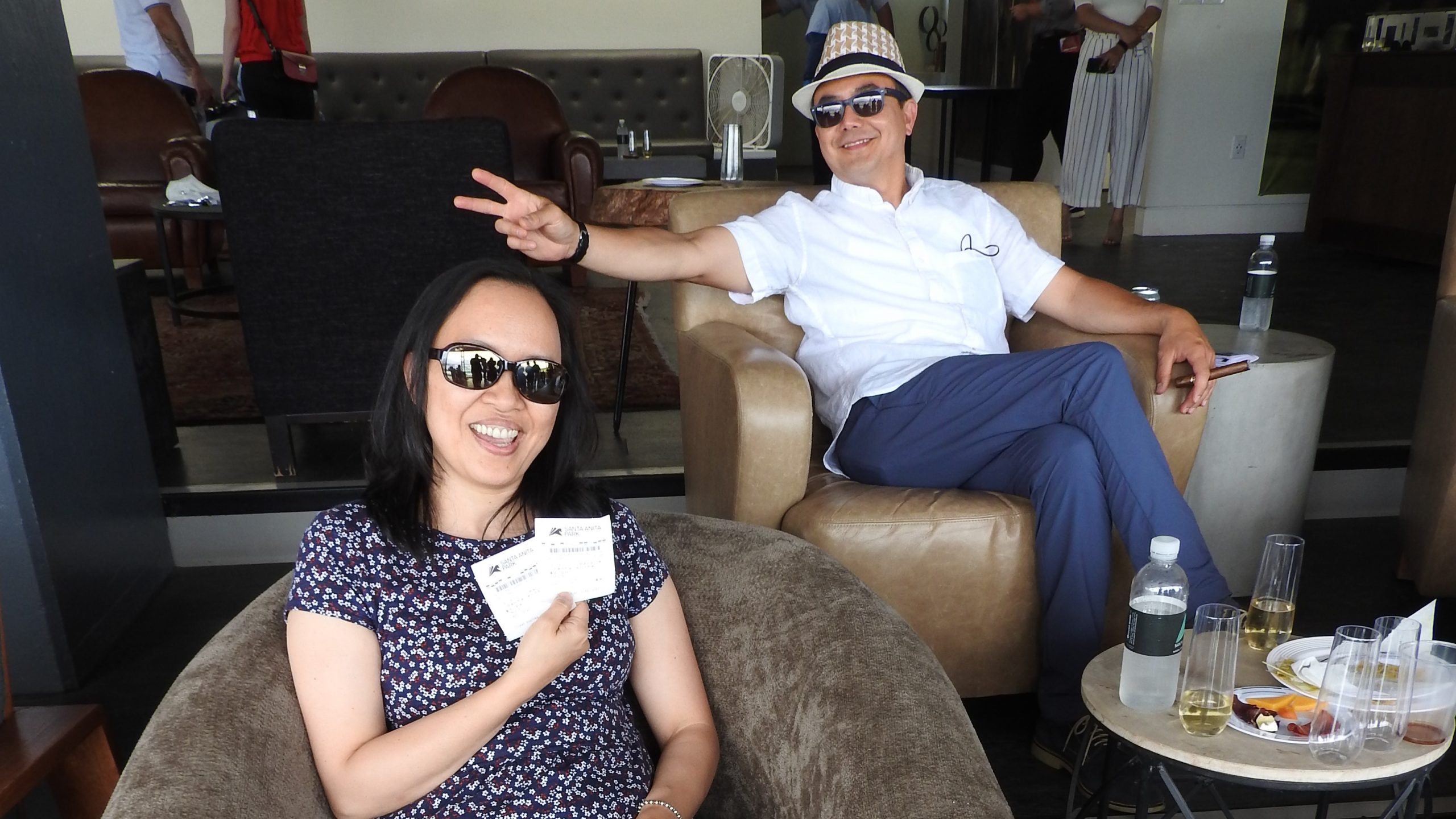 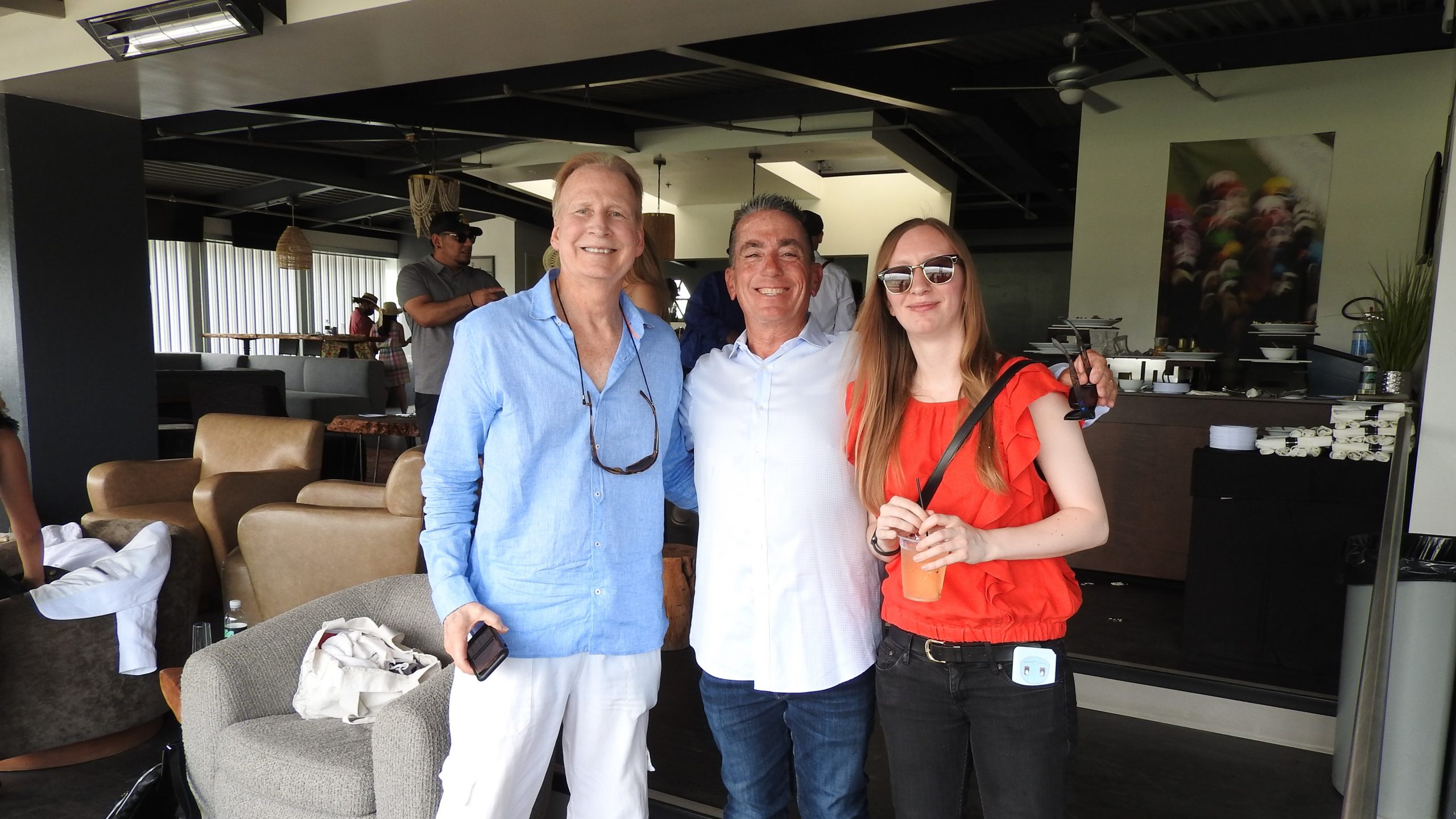 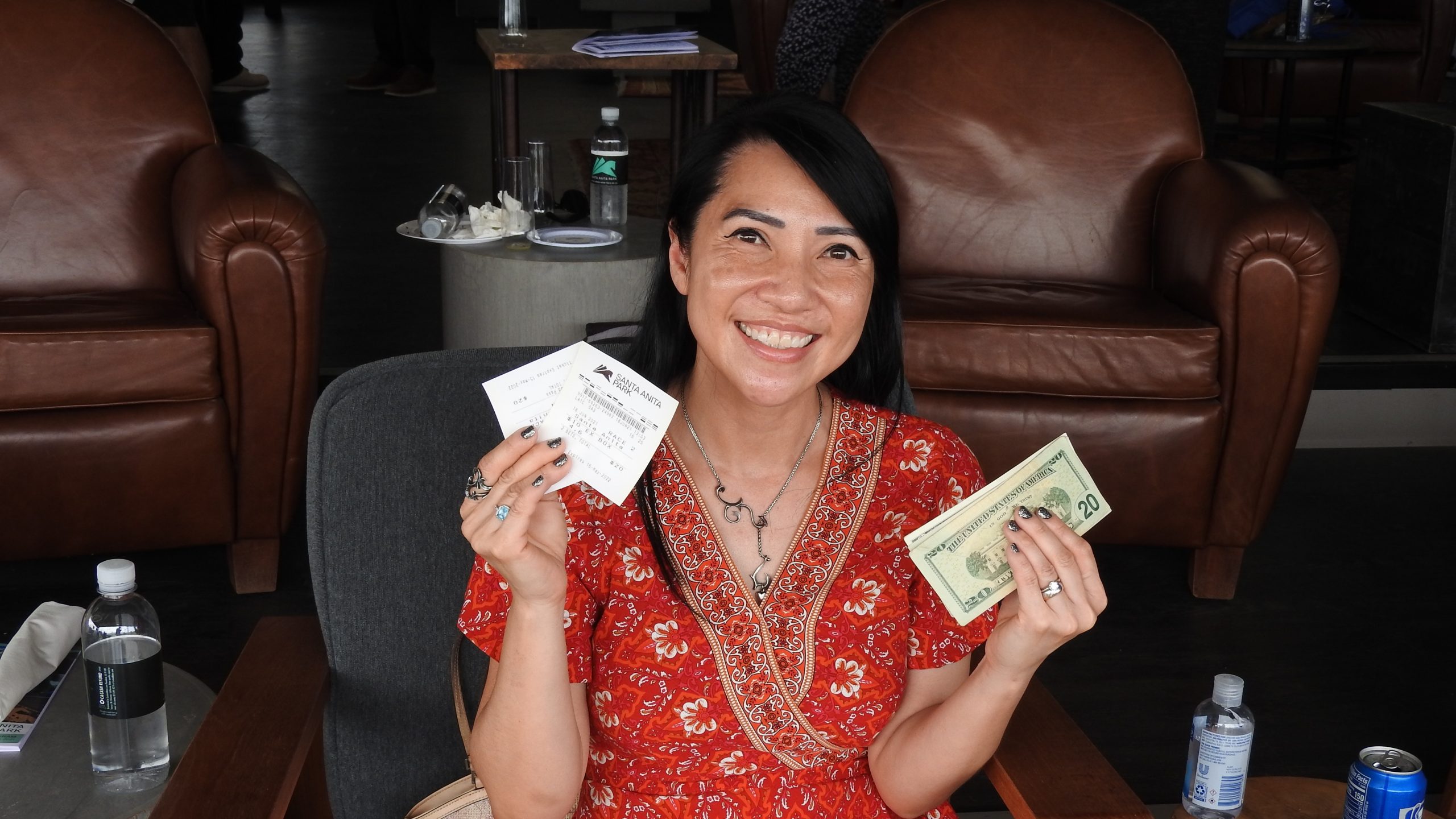 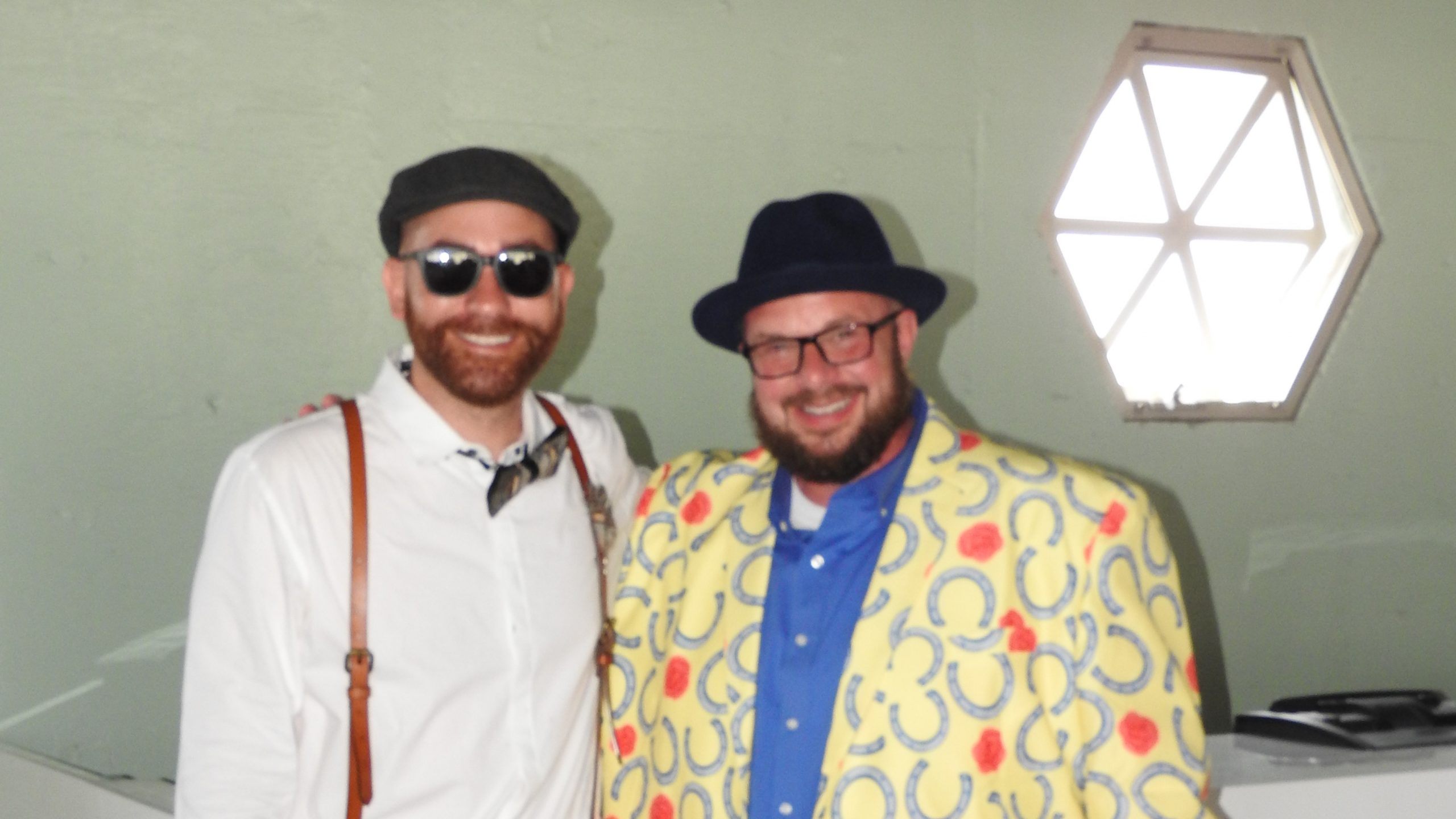 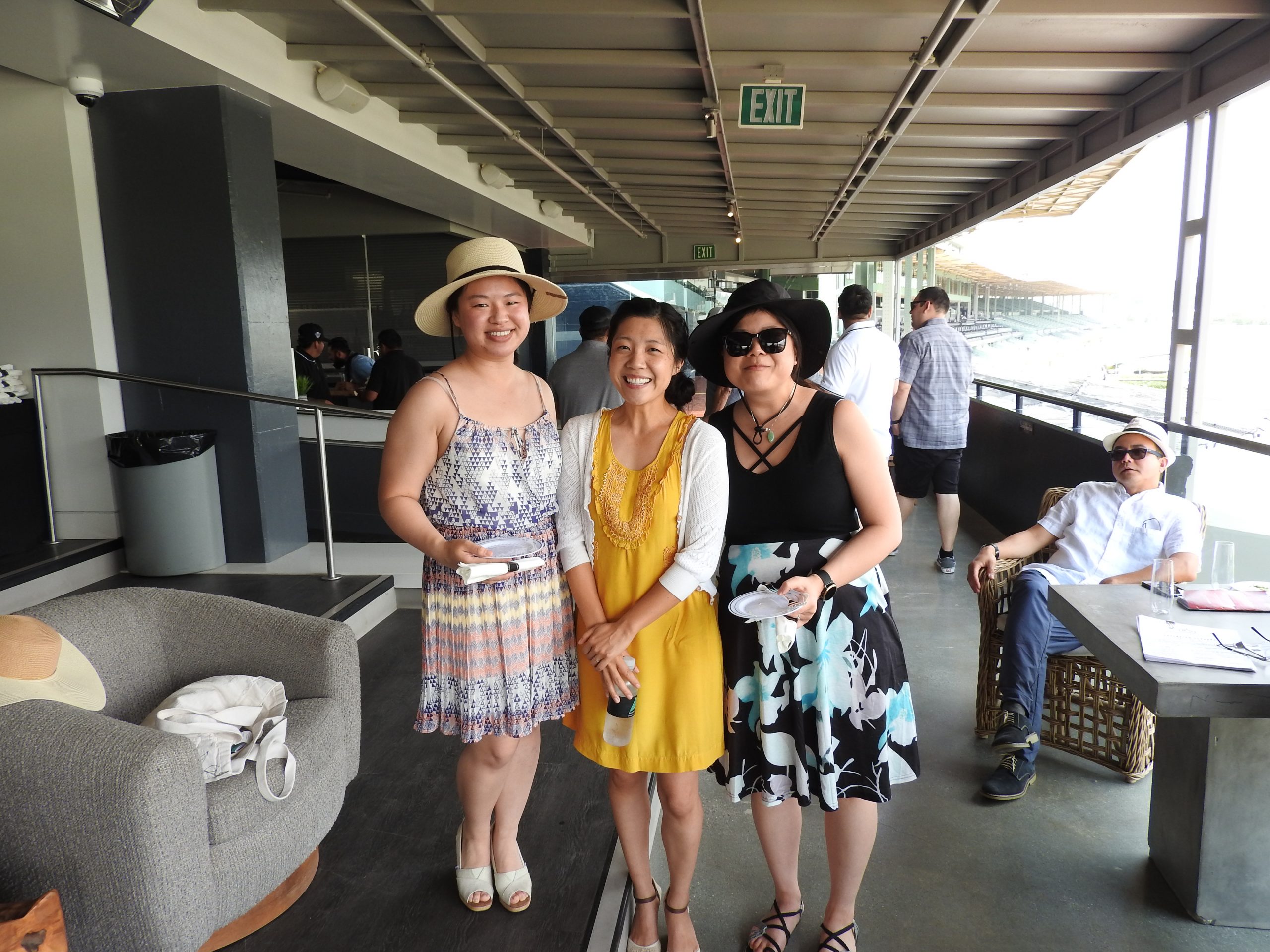 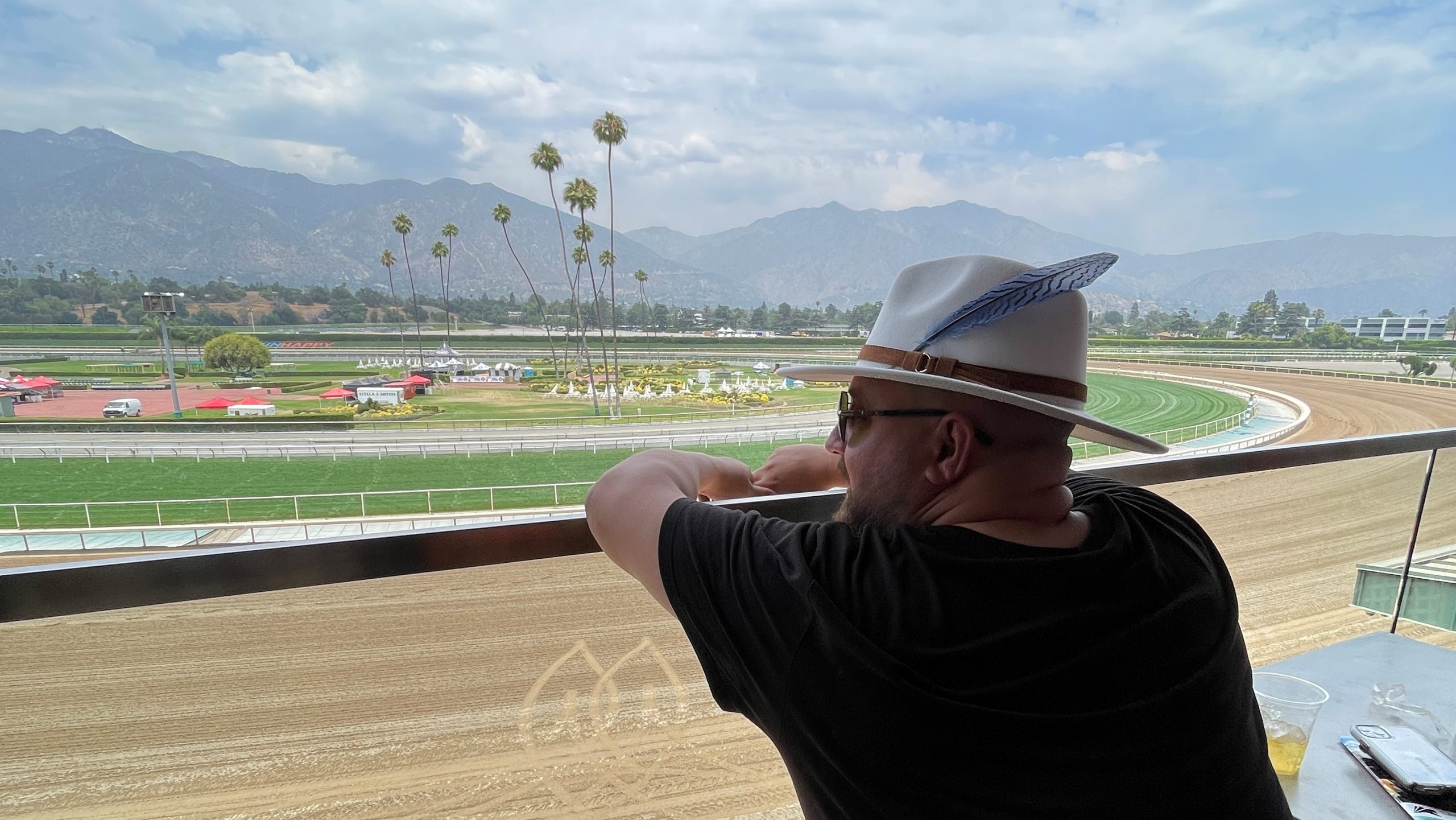 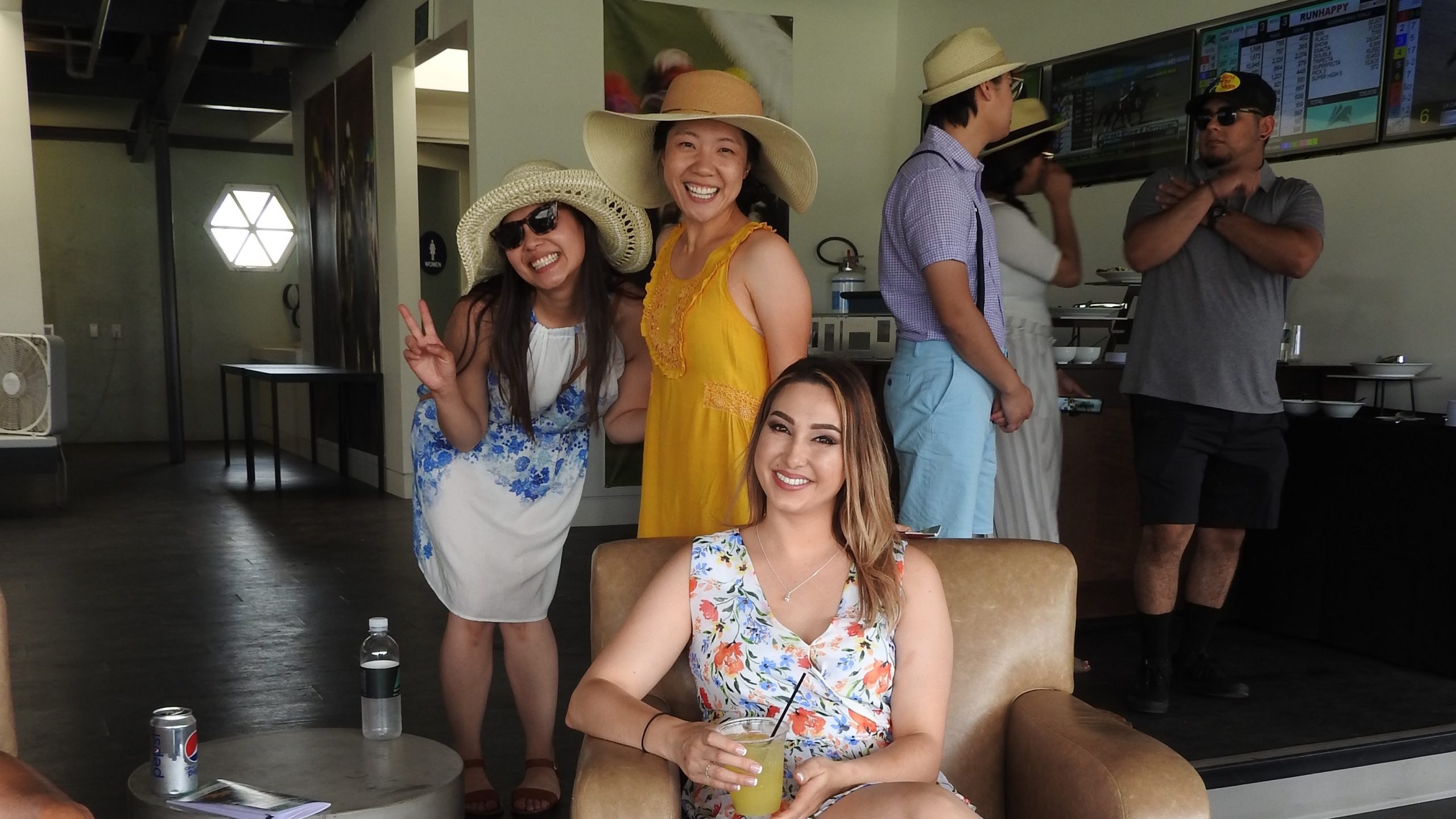 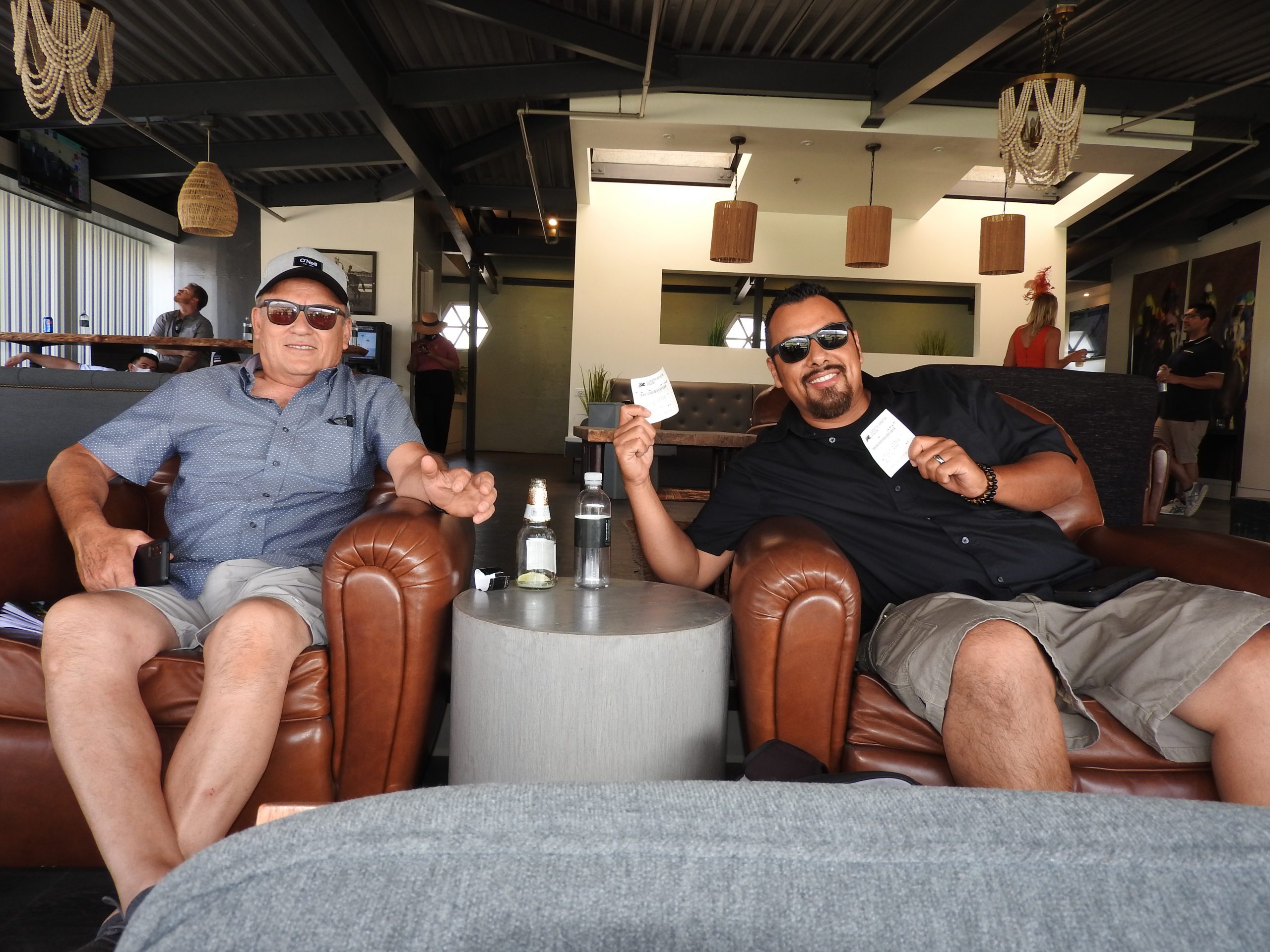 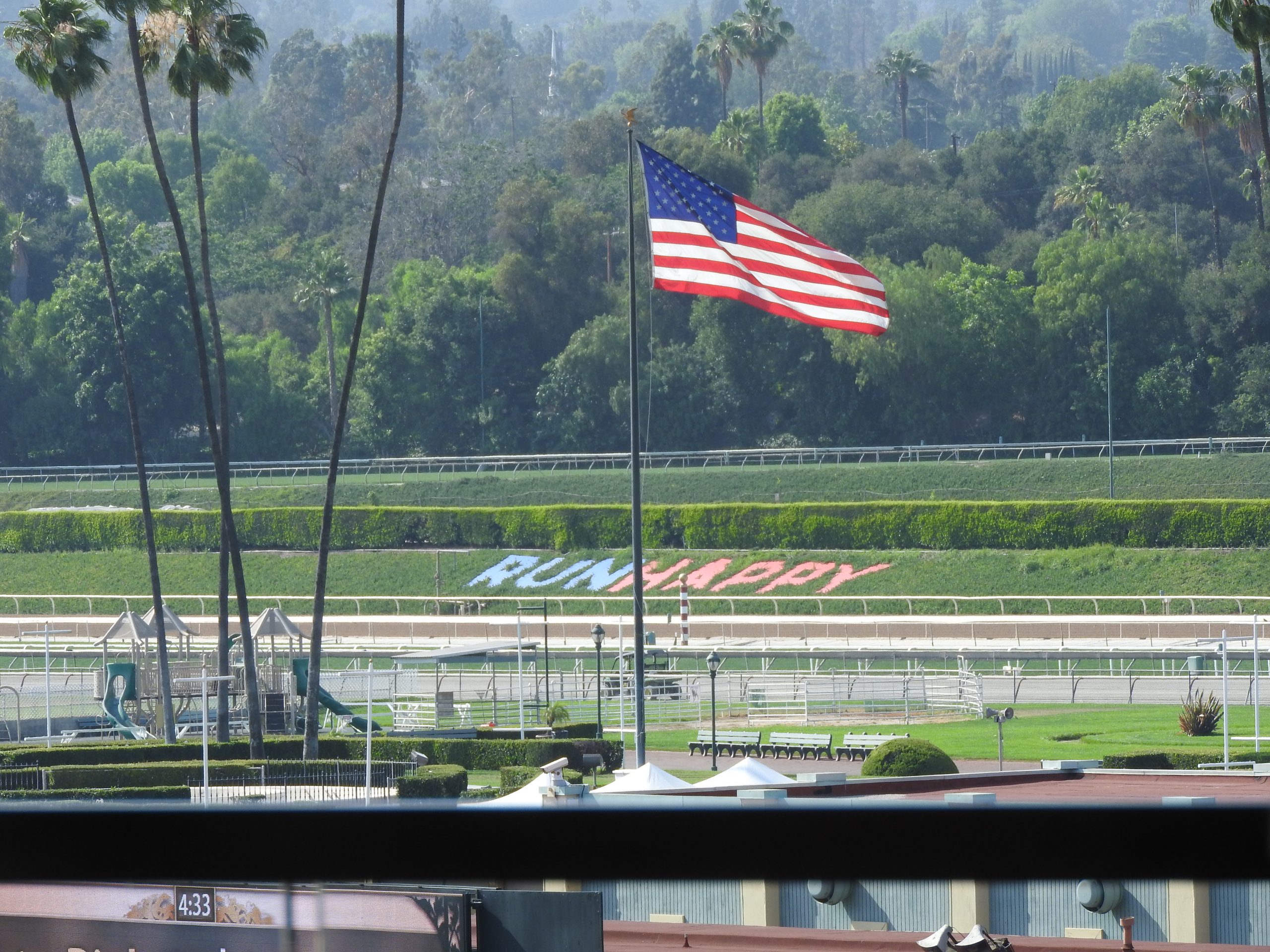 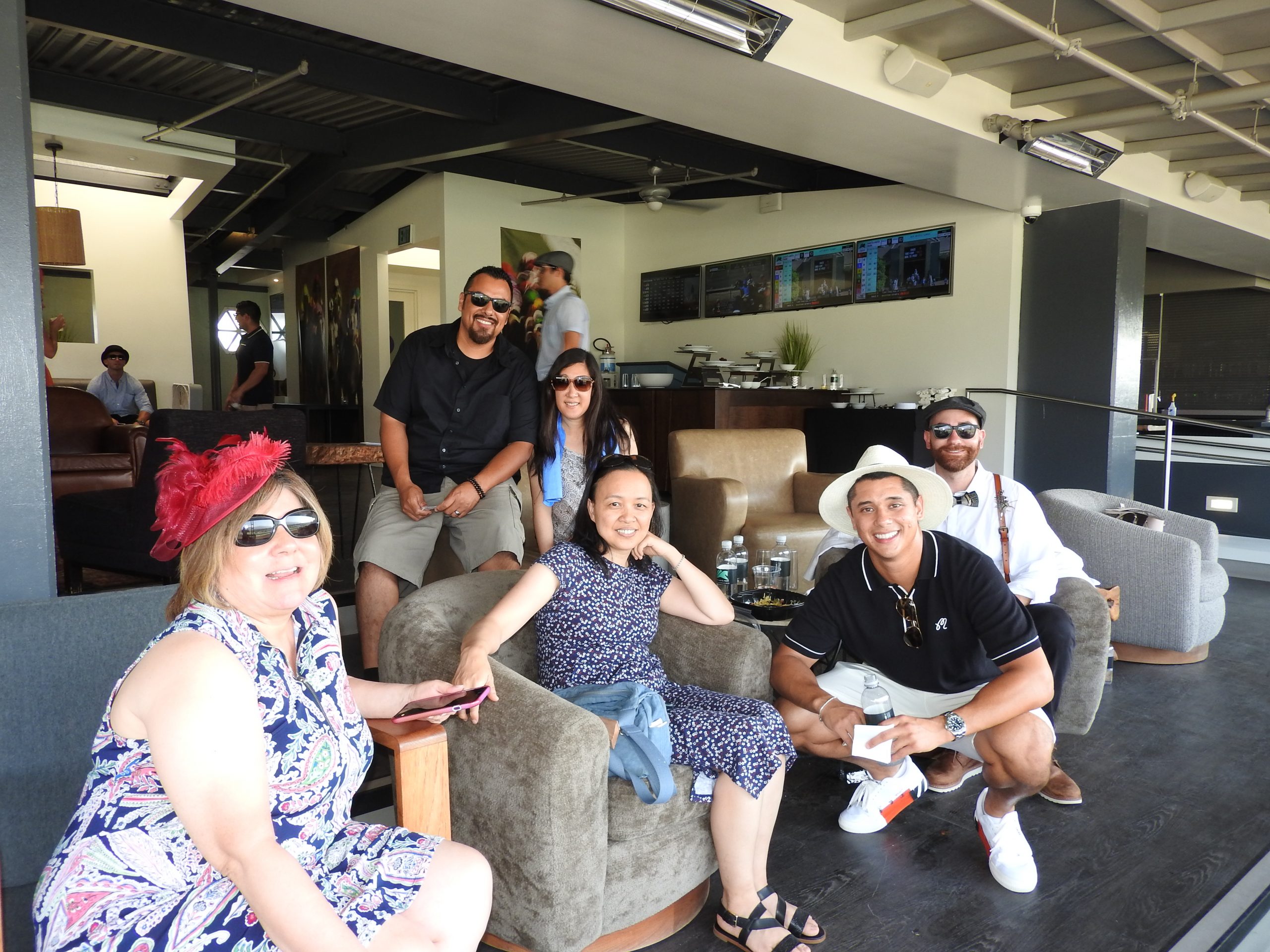 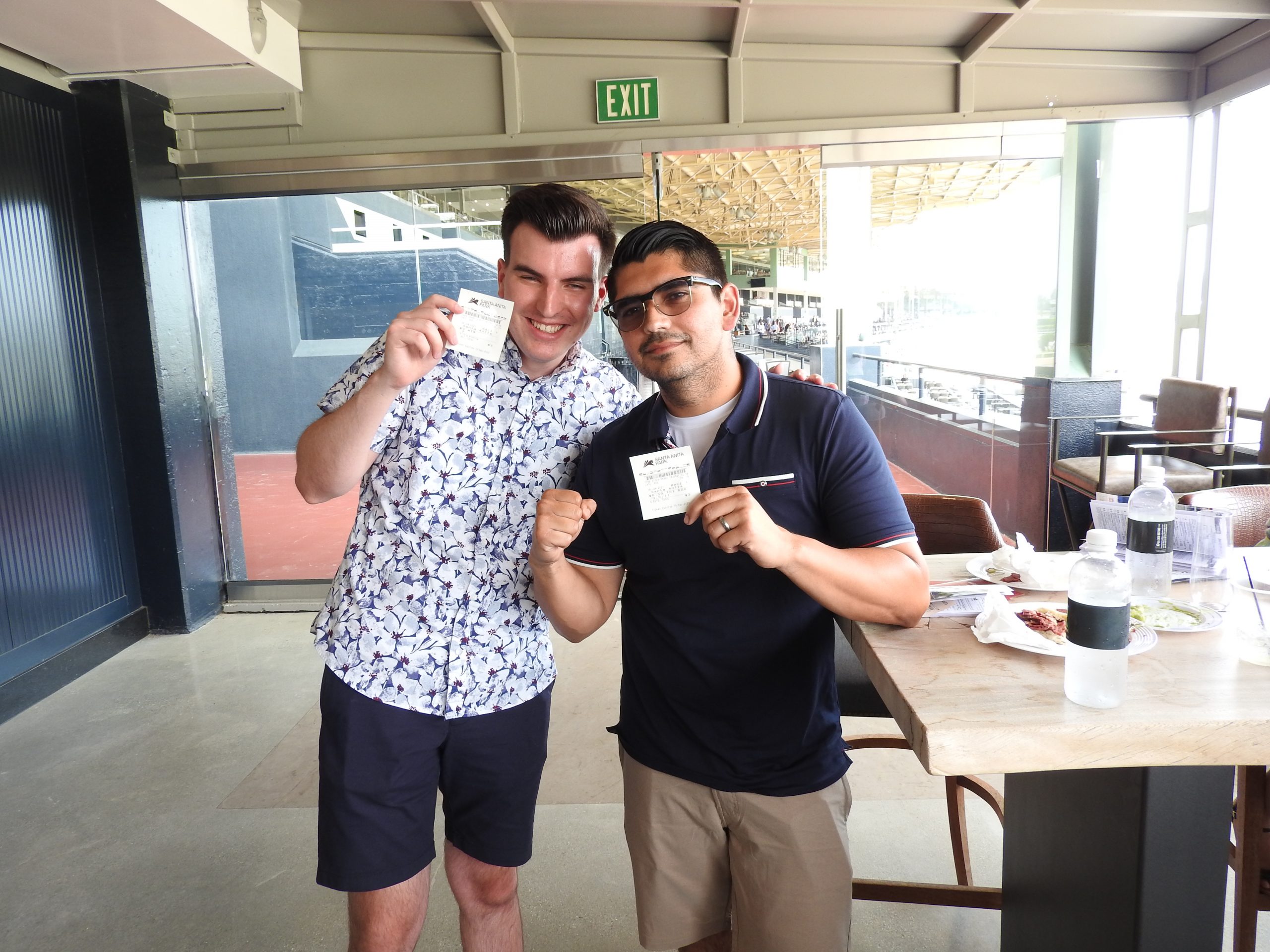 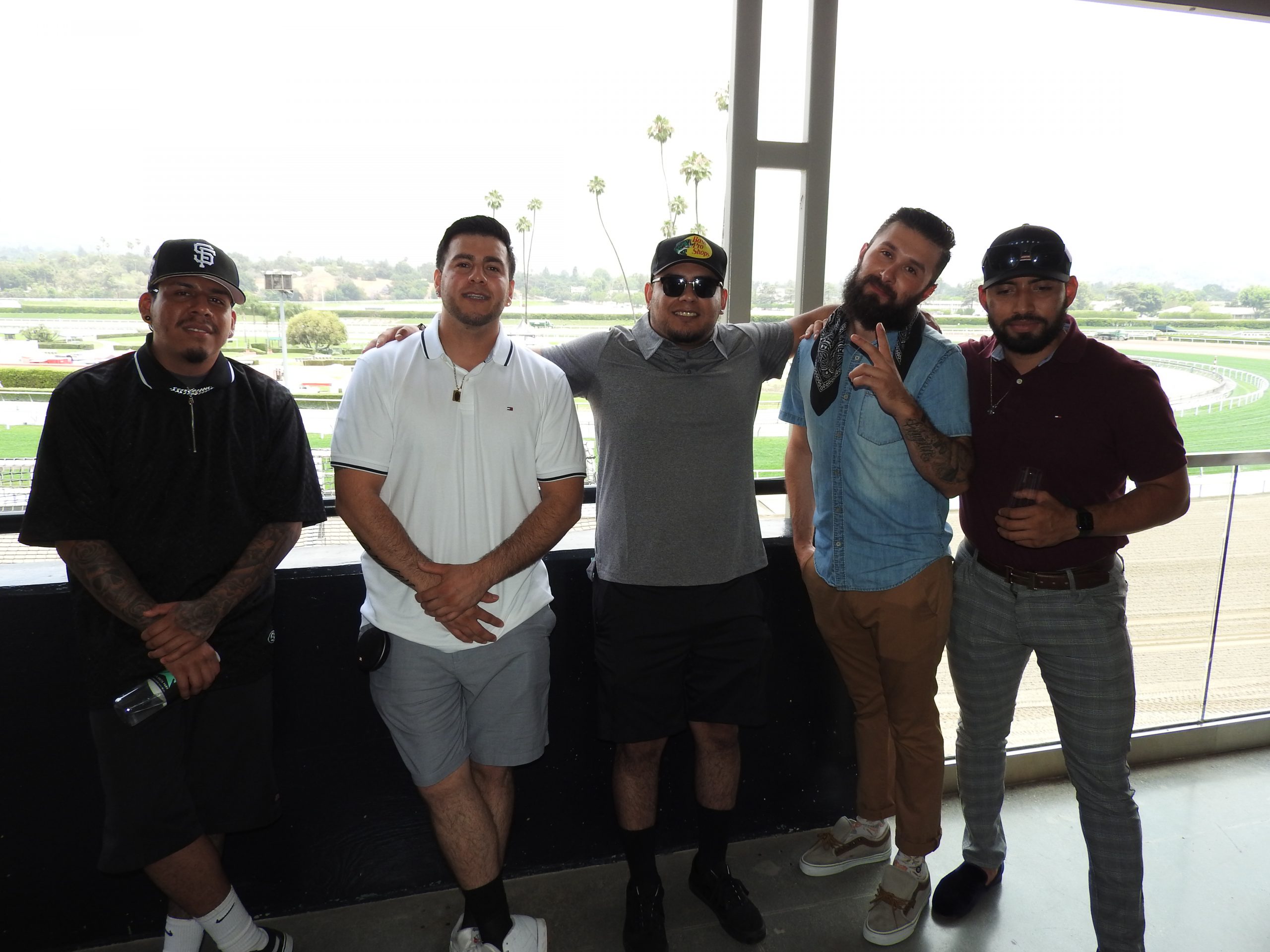 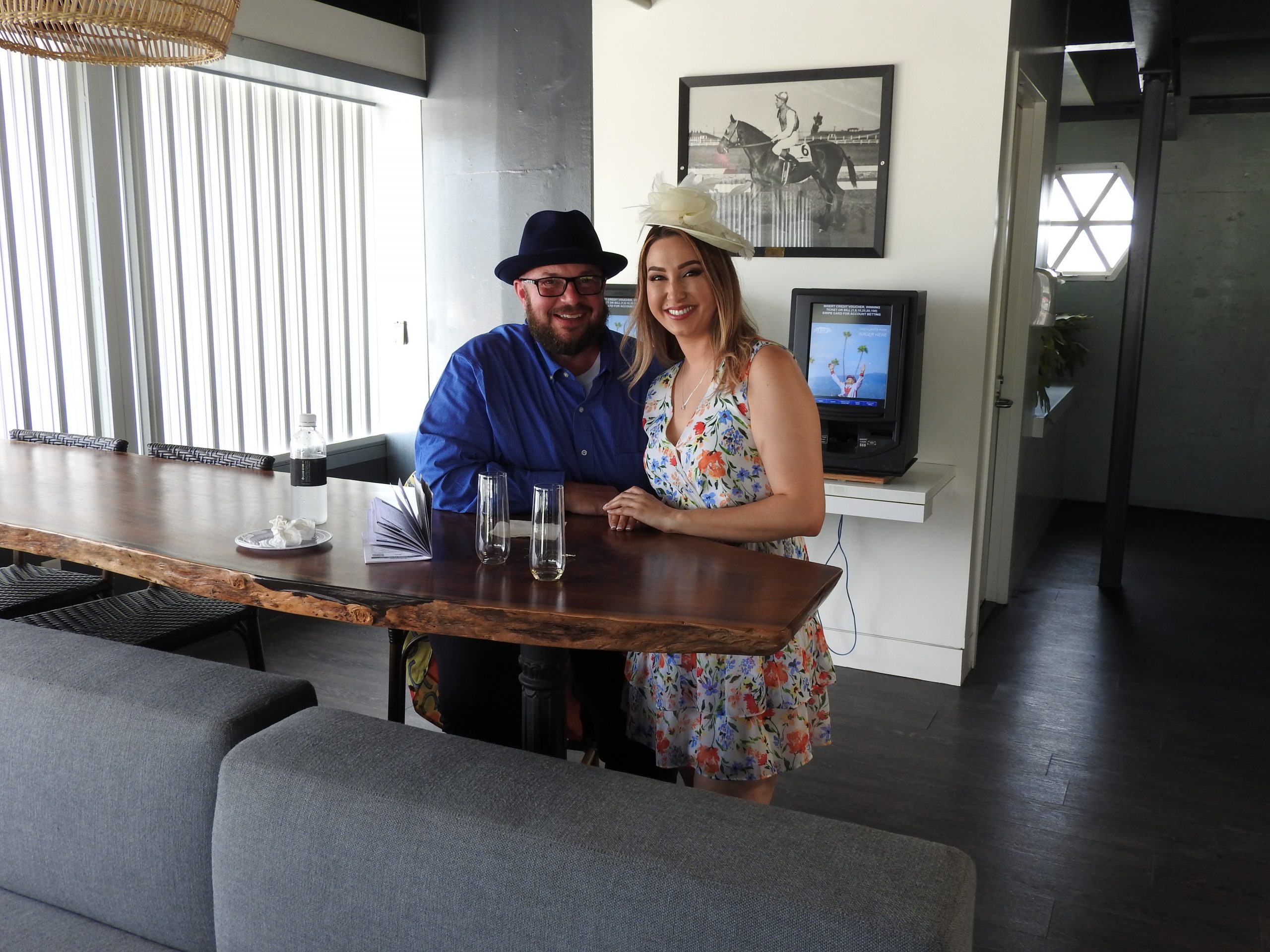 August Flavor of the month - Watermelon