Today we celebrate all Father’s. This holiday is a chance to appreciate the men in our lives that mean the most to us. Of course, everyone has a different kind of father/father figure, whether they are the oak and whiskey type that loves the outdoors;  the smokey bacon type that loves to cook; the green-grassy type who loves to garden; or the banana sundae type who loves to be silly. No matter what, all dads have one thing in common-they are always there for us. They are the pillar that supports their families through the hard times; they are the ones that always try to cheer you up with their witty dad jokes. Dads are indeed a one-of-a-kind creature who deserves to be appreciated, and we at Sovereign are celebrating Fathers Day the best way we know how; surrounded by delicious food and some friendly competition. 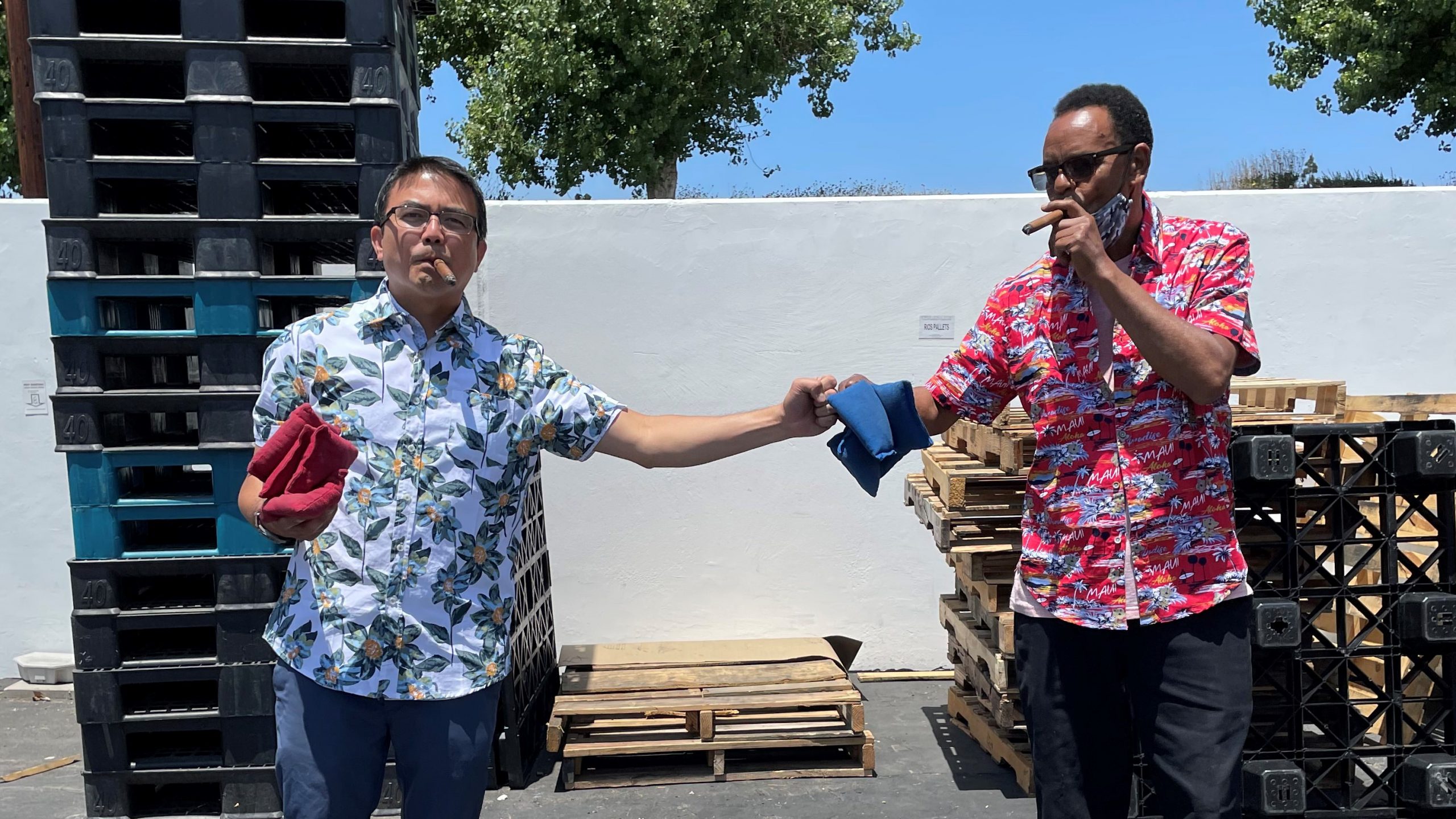 To all the Dad’s here at Sovereign Flavors from our President, David Ames:

The Great Stoic Philosopher and Emperor of Rome, Marcus Aurelius, learned many things from his adopted Father, one of which was, “a love of labour and perseverance.”  On this special day, we celebrate all the Sovereign Fathers. Over the past 5 months, our Sovereign Dads have been working 10-hour days, 6 days a week, which will continue until all our customers are served. As a result, personal sacrifices have been made to be away from their wives and children. A reminder to our fathers that you are instilling in your children work ethic and loyalty traits that will serve them well in their future.  They will also look up to you as that heroic Roman Soldier taking on your daily tasks (just like our Sovereign Mom Superheroes who we celebrated this past Mother’s Day).

To thank the dad’s for their sacrifices, we had a little Father’s Day BBQ—Sovereign style—featuring a cornhole competition, lobster, 75-25 ground chuck and ground bacon burgers topped with Bitchin’ sauce, and Hawaiian shirts. We set up the Dad Cornhole Bracket, and game on!  After leaving 12 dads in the dust, the championship round was between Ritchie and Tadesse.  Ritchie valiantly competed but Tadesse matched all of his moves and became the 2021 Sovereign Cornhole Champion! With the win and the big check for Tadesse, we celebrated like Sovereign Dad’s with cigars, and of course Happy Dad Seltzer. 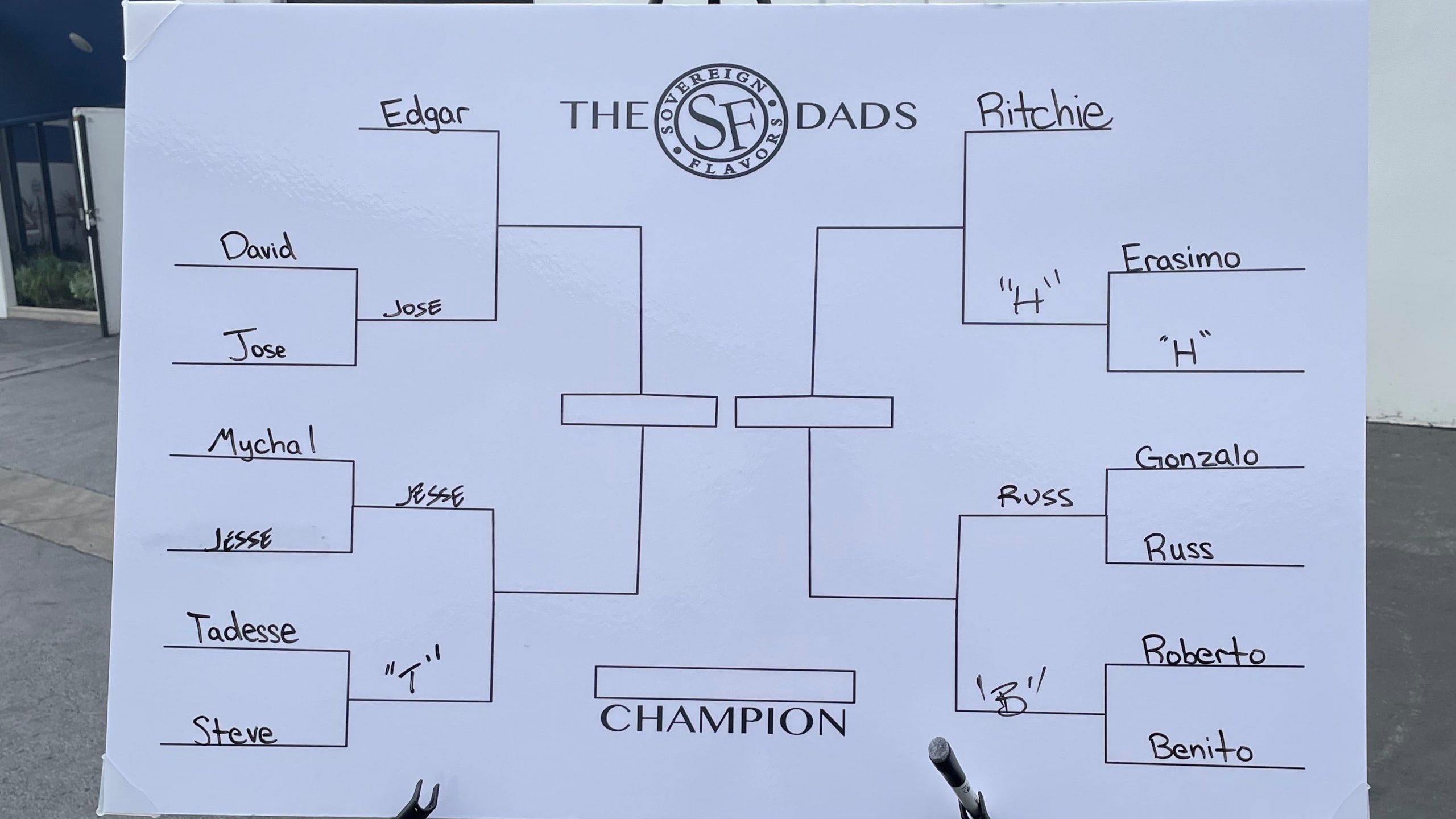 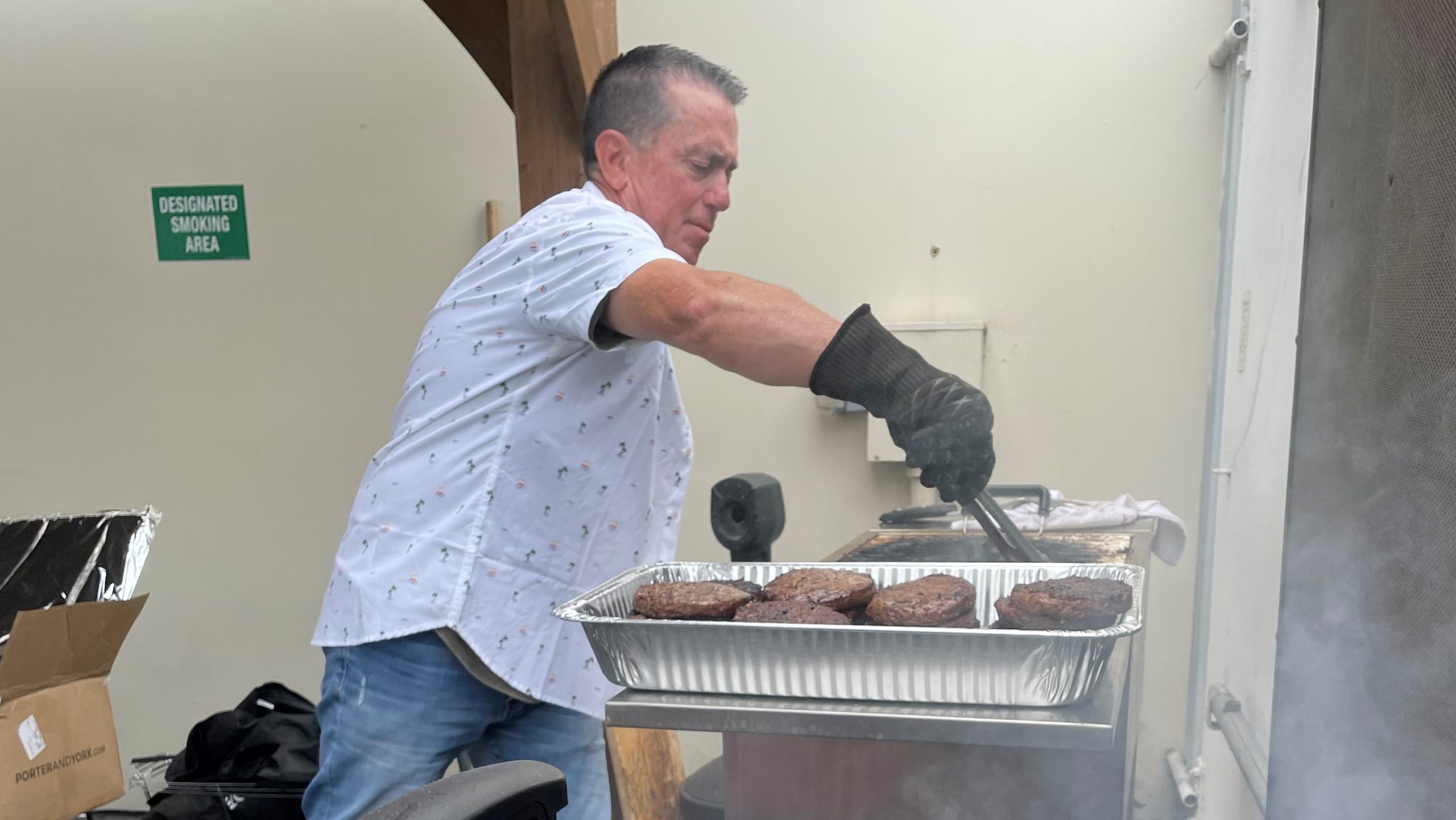 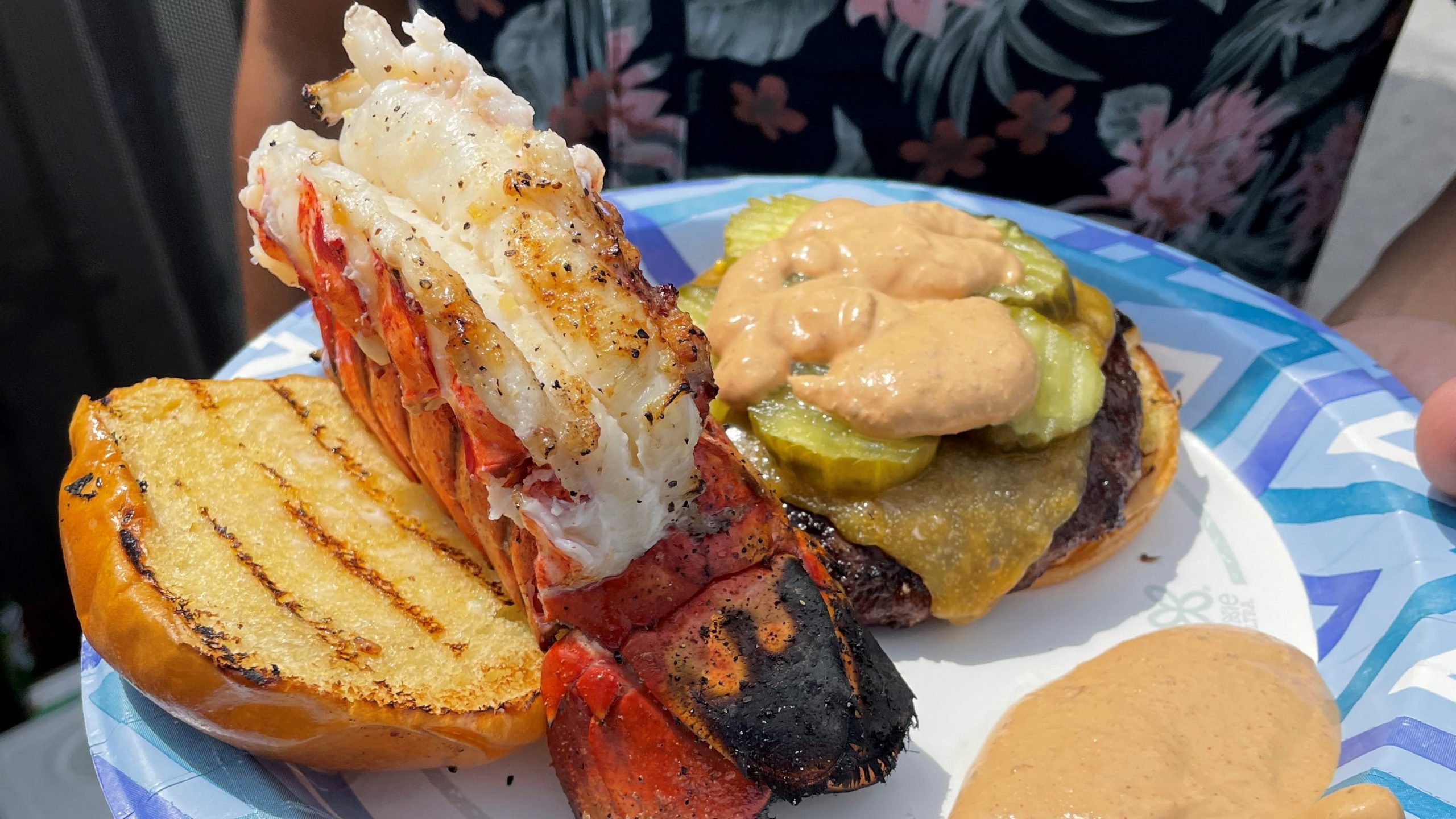 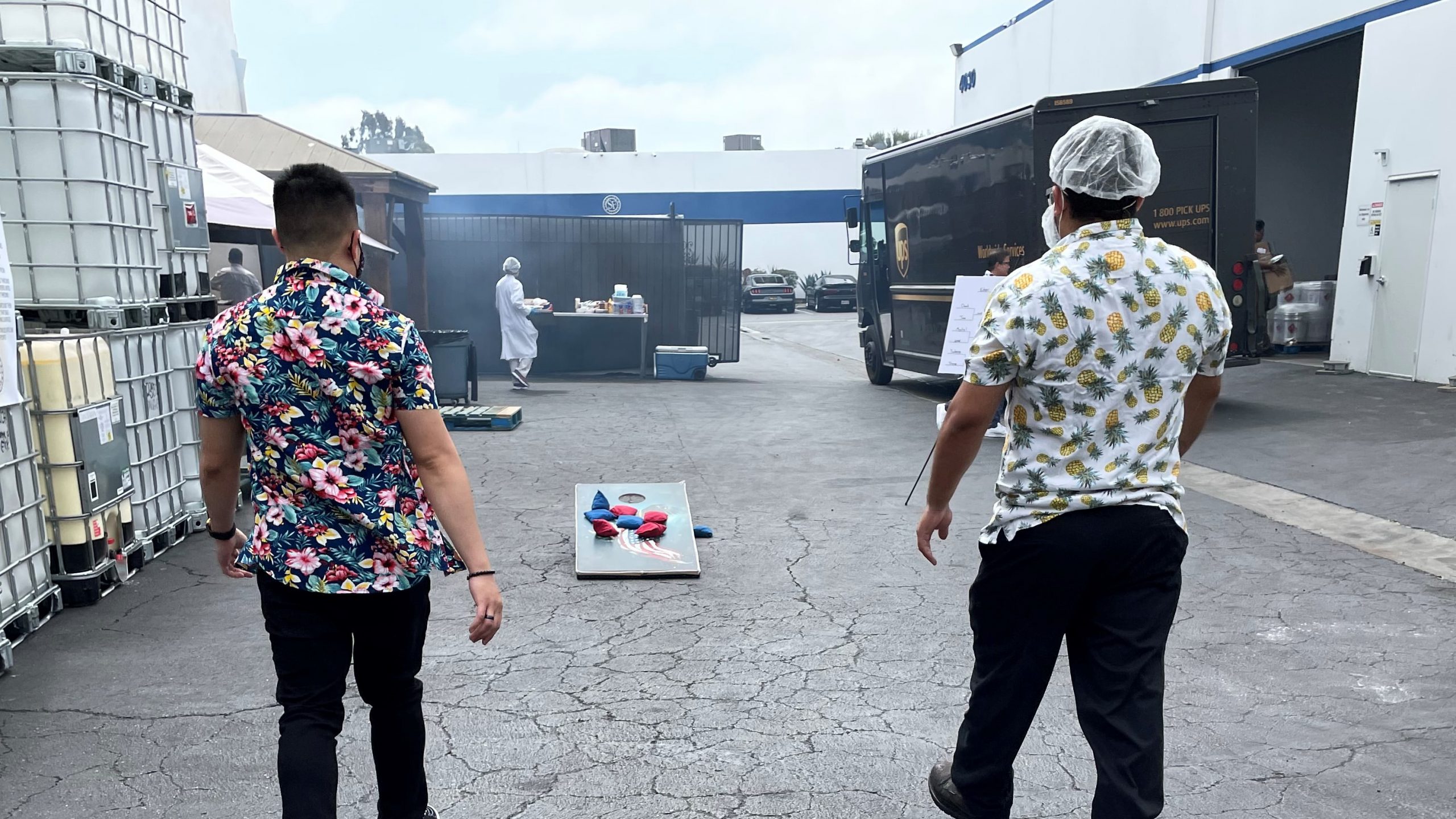 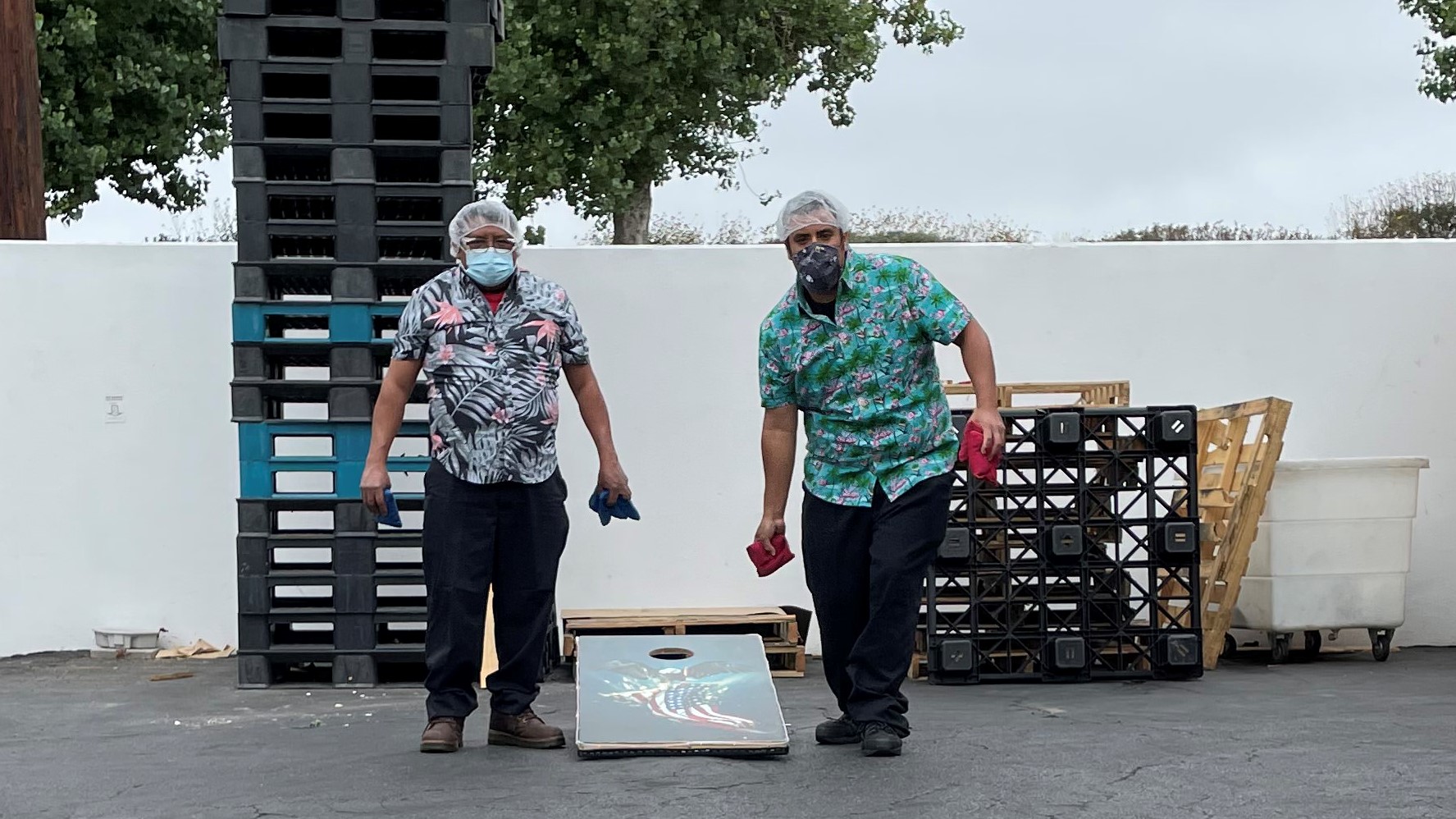 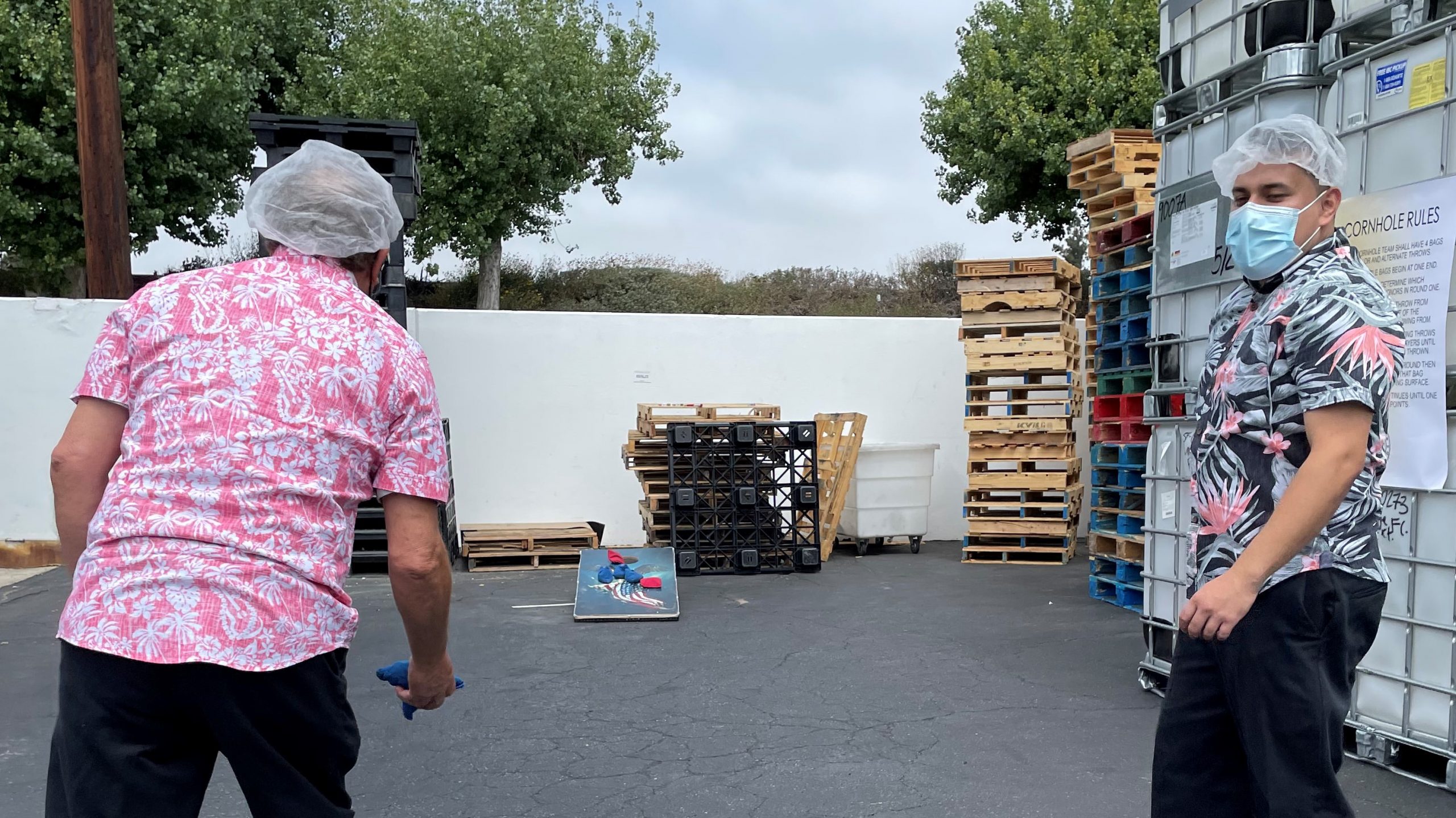 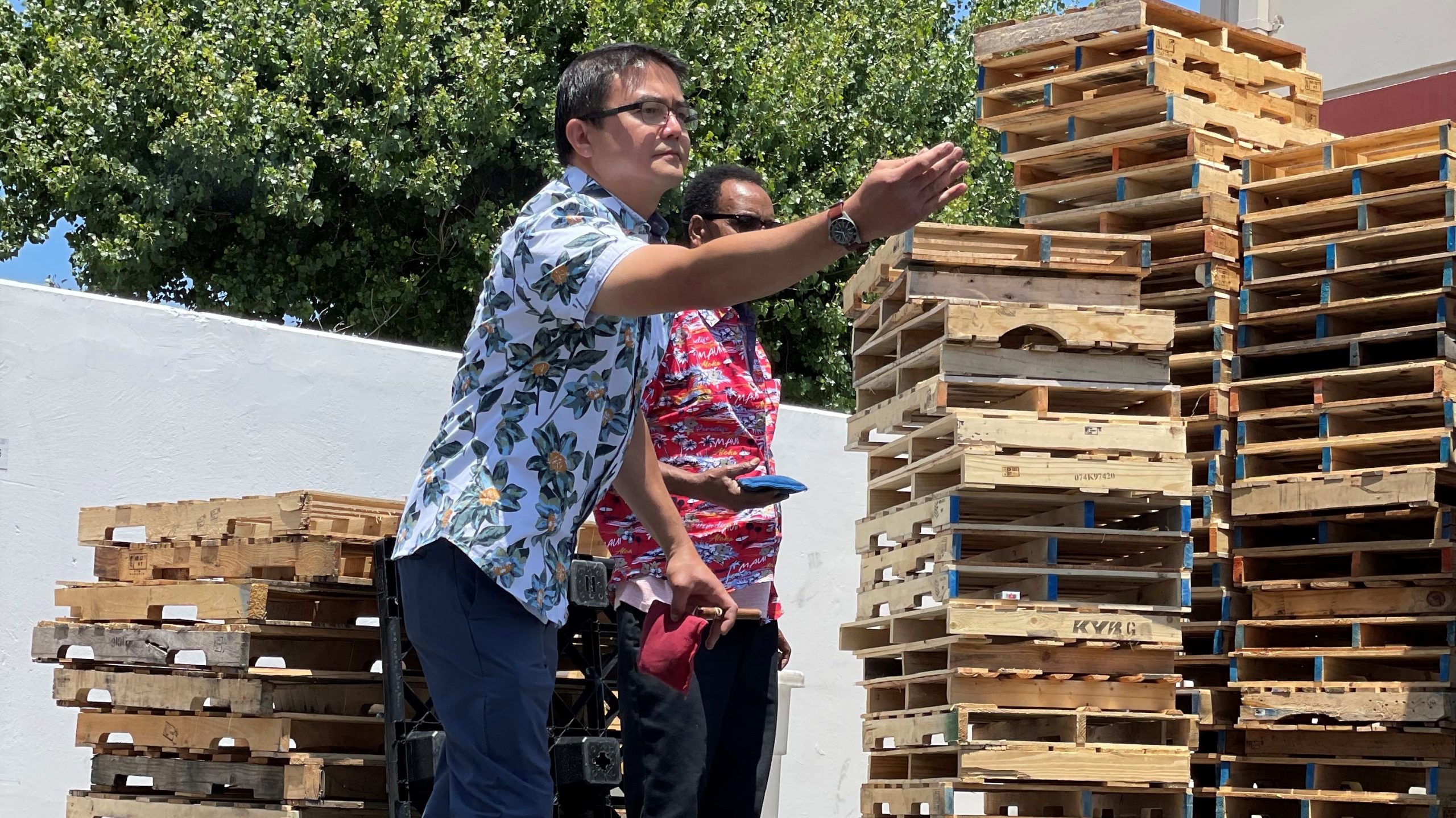 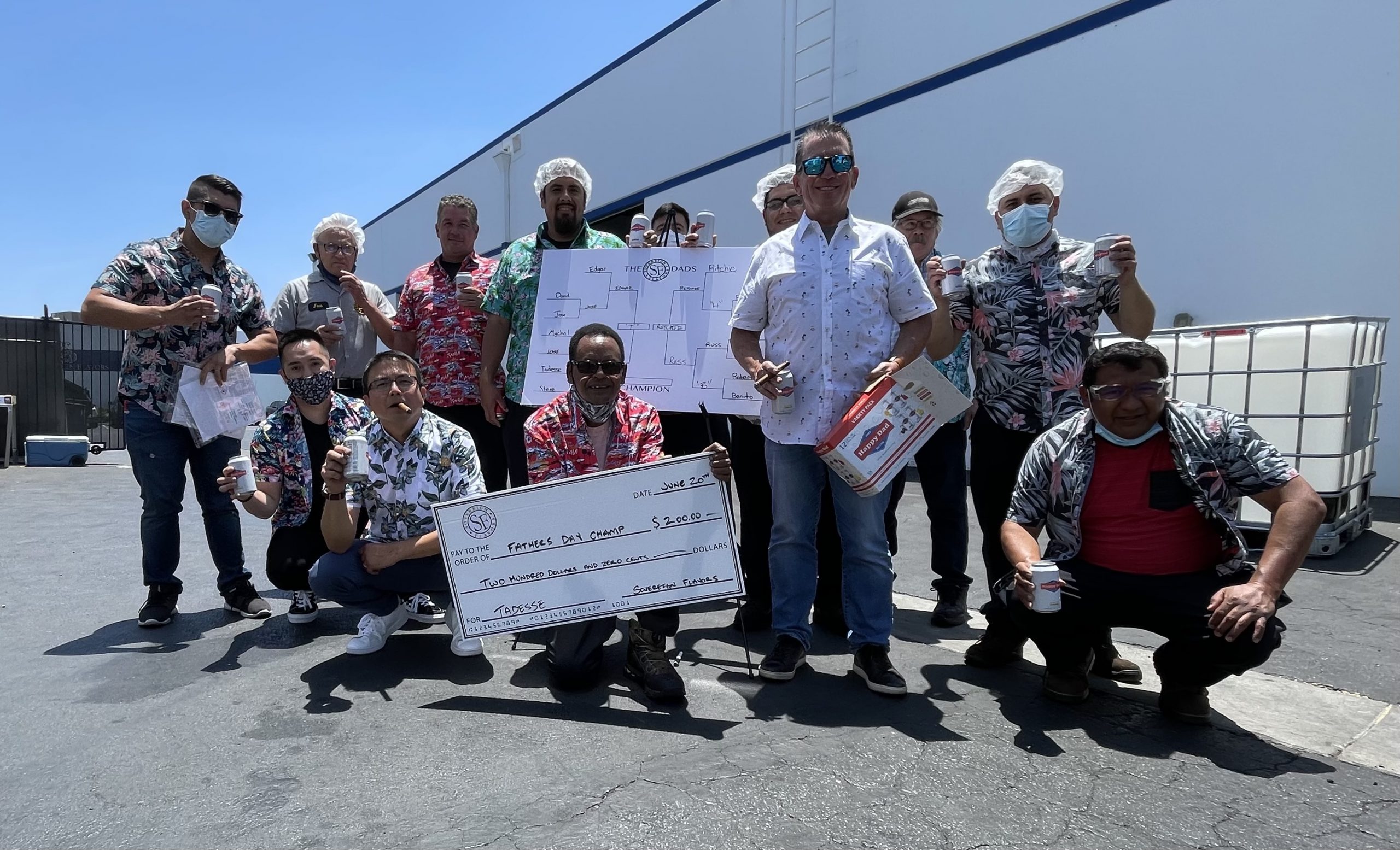 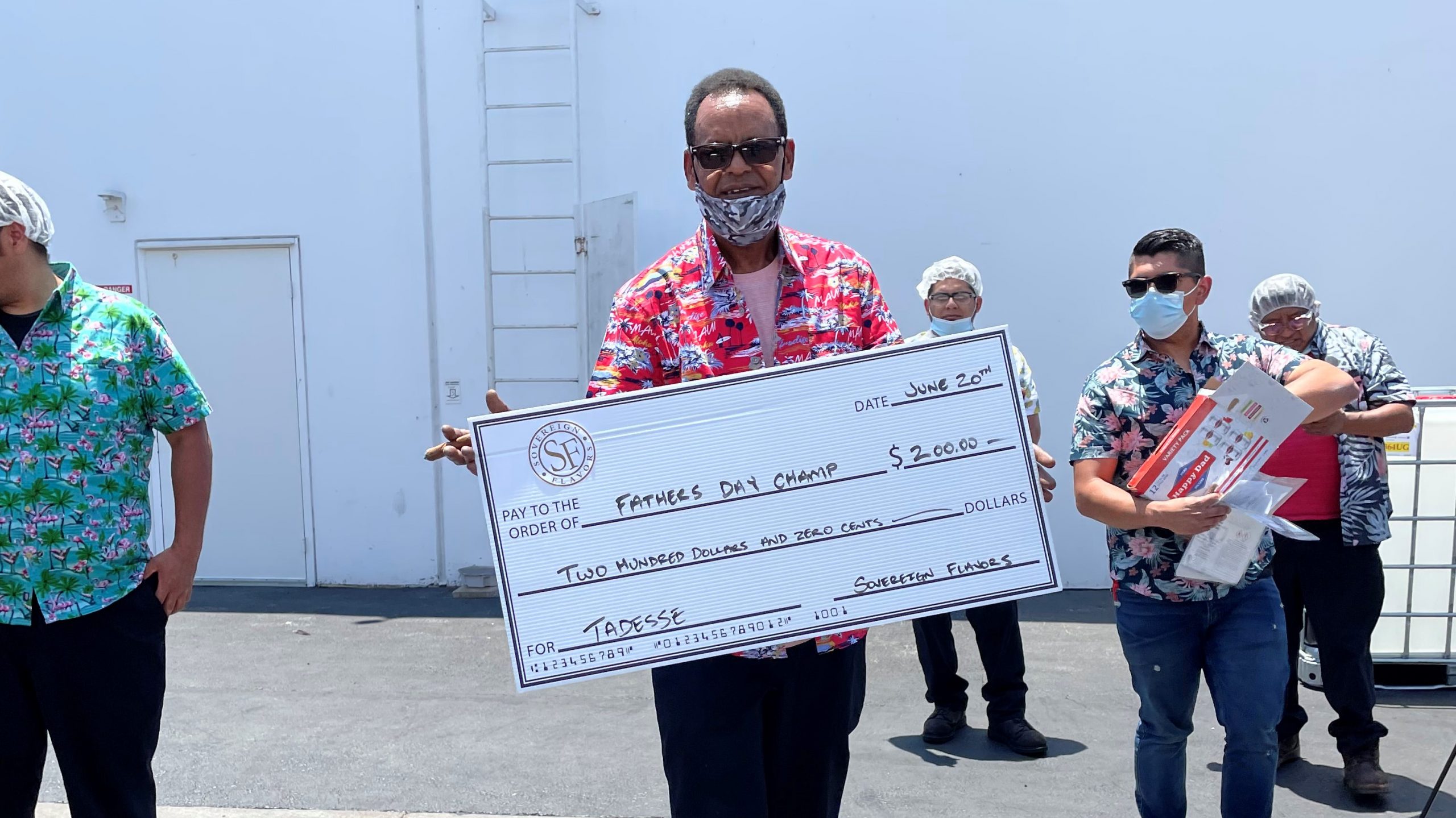 Lychee - July Flavor of the Month